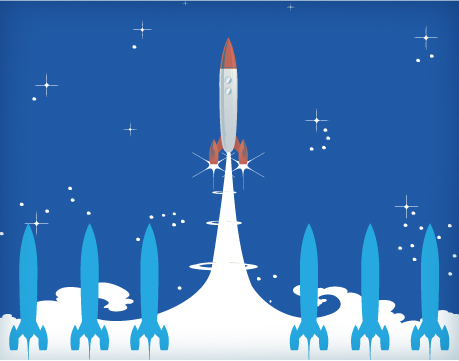 Charlie Pellerin knows team-building. He was NASA’s director for astrophysics and led the team that built and later repaired the Hubble Space Telescope. Now he is president of his own consulting firm and teaches innovative team-building strategies based on his own experiences with more than 1,000 NASA project, engineering, and management teams.

“NASA teams, like all project teams, need two complementary abilities,” says Pellerin. “They generally know they must have ‘hard-side’ technical knowledge and use project processes. They must also attend, perhaps equally, to the ‘soft-side’ aspects of efficient teamwork—which is not so obvious to them.”

In fact, this soft side can be downright uncomfortable for engineers—borderline “touchy-feely.”

For this reason many engineers avoid the “emotional” side of team building. Pellerin insists, however, that the most important determinant of team performance is managing a social or emotional force he calls “team social context” and that the individual abilities team members worked so hard to master are absolutely secondary.

“Social context drives performance 75 percent of the time,” says Pellerin. “Combined individual factors such as knowledge, skills, capacity, and motivation have only about a 25 percent influence on performance.”

Pellerin has learned that engineers are more willing to explore the social/emotional component when it can be presented using technical metaphors. For example, “social context” drives peoples’ collective behaviors “as surely as bar magnets align iron filings,” says Pellerin. “Technical people understand coordinate systems, so we use what we call the ‘4-D Organizing System’ to reveal and manage social context.”

Each of these represents a social context. Would someone only observing your behavior easily determine which of these contexts you were experiencing? Absolutely.

“If your behavior is not appropriate to the context, would others sanction you?” says Pellerin. “Would you receive a kick under the table from your spouse-to-be if you behaved inappropriately? Context can be extremely powerful in shaping human behavior.”

To manage social context and its impact on teams, Pellerin defined the four key “dimensions” or mindsets that high-performance teams and effective leaders must address to achieve success: cultivating, including, visioning, and directing. These align with core human needs. He then identified the following eight key behaviors that occur within this “coordinate system” of four dimensions that can be developed to improve team social context:

The interplay between behaviors and contexts is critical for team development. Take “expressing authentic appreciation,” for example. “Enhancing this behavior sustains a context of mutual respect and enjoyable work,” says Pellerin. “People solve difficult problems more easily when they are enjoying their work. This improved context, which influences everyone who interacts with the team, makes it easier to express ‘authentic appreciation,’ creating a feedback loop—behavior changes the context and modified context enhances the behavior. This can be applied to all behaviors and associated contexts.”

A dozen distinguished technical team leaders from NASA and industry worked with Pellerin over the past decade to optimize the 4-D System, an integrated suite of processes that include online developmental (assessment) tools, workshops, and context-shifting worksheets. All processes are designed to enhance the same eight behaviors and are effective for both team and individual development. Team performance generally improves about 5 percent with each 15-minute online session.

“Managing team social context is the most powerful team and leader development method in the world because it develops everybody simultaneously,” says Pellerin. “Our goal is to improve people’s lives, especially during inevitable periods of change, by enhancing performance for teams worldwide.”

Social context drives team performance 75 percent of the time; combined individual factors such as knowledge, skills, capacity, and motivation have only about a 25 percent influence on performance.Charlie Pellerin, author of How NASA Builds Teams