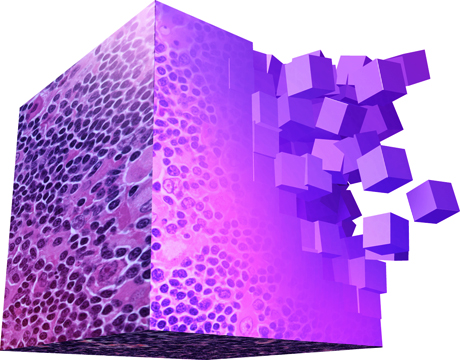 Ankur Singh, assistant professor of mechanical and aerospace engineering at Cornell University, is a part of a team taking a three dimensional approach to lymphoma—literally.

First, his team wanted to understand how lymphomas form, in order to improve treatment. “One of the big challenges affecting the translation of new drugs is that there is nothing to make patient samples survive,” says Singh, who was named to the 2014 Young Innovators list put out by the Journal of Cellular and Molecular Bioengineering. “What we did was create an artificial system that is a modular plug-and-play system. You have to understand that lymphoma is one of the most heterogeneous cancers. It has many subsets and each has its own for survival so we created a new polymer system where you can project a signal of interest.” An advantage over two-dimensional systems, he adds, “is that the body is three dimensional so, when you culture, intuitively, it’s a flat surface for 2D and 2D doesn’t give the right kind of microenvironment signals. With the organoids created, it allows the cells to secrete the enzymes and there’s also a remodeling of the whole mesh.”

This is unlike a two-dimensional system with nothing to break and make, he says. “Cells are used to moving around in traffic and in a three-dimensional environment they squeeze through spaces. In 2D, it’s a flat surface so there’s no need to move around. And remember that the stiffness is another aspect. Tissue is not as stiff as a tissue culture plate. Tissues are relatively much softer so you’re not giving the right environment in two dimensional and that’s a big problem.”

Also, an issue with a new class of drugs can be one of classification. It can be expensive in vivo but you can use organoids to test those drugs, he says. “Another side is exploring a big question of why 30 percent to 40 percent of lymphomas are resistant and does it have to do with what lymphoma is and the origin of lymphoma?” he says. “In five years there could be a revolution in the field of lymphoma and this kind of technique we have is unique.”

There are still challenges ahead, one of which is that patient samples are hard to culture. “We have had some success but, taking the patient sample, it is possible that not one signal will be the sufficient signal,” he explains. “This has been a great opportunity to be a part of a team that will generate data that will inform future clinical trials and can make improvements when it comes to drugs. It’s clear that there’s a long way to go but we have to keep going. The good news is the results so far are encouraging. Going back to working as a postdoc, I think about the work I was doing with cells and artificial tissues and a main interest was cancer. I want to be a part of helping those who are suffering.”

For Further Discussion
In five years there could be a revolution in the field of lymphoma and this kind of technique we have is unique. Prof. Ankur Singh, Cornell University