How Fiction Put the Science in Engineering

How Fiction Put the Science in Engineering 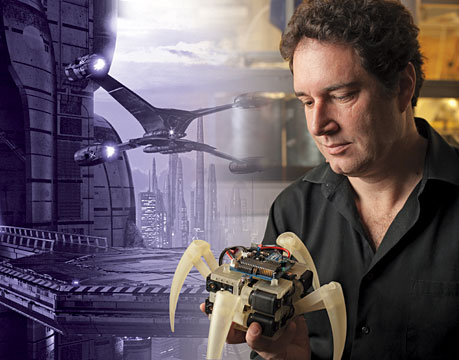 Some people dismiss science fiction as frivolous kid stuff or a poor substitute for serious literature.

It's just as easy to defend the genre by concentrating on how it can "predict" the future. There's a long list of gadgets and inventions that were first discussed in science fiction: geosynchronous communications satellites, computer worms, Segways, wall-mounted home theaters, exoskeletons, flip phones, to name just a random sample. It's said the chief reason Charles Prior Hall could not defend his for the waterbed was that Robert Heinlein had first described it more than 25 years earlier.

Science fiction makes imaginary worlds sometimes too real. In 1944, the magazine Astounding Science-Fiction published a story that described the workings of an atomic bomb (based on published papers) and illustrated it with a mushroom-shaped cloud. The magazine received a visit from the FBI agents looking for a security breach.

Even so, looking at the science fiction that way misses the larger point. "A good science fiction story should be able to predict not the automobile but the traffic jam," Frederik Pohl, a master of the craft, once said.

What makes science fiction valuable is not that it produces predictions, but that it provides inspiration.

It's easy to see this in the names of companies and products. For example, iRobot, maker of the ubiquitous Roomba as well as military robots, is a sly nod toward Isaac Asimov's groundbreaking book, I, Robot. (The modem manufacturer U.S. Robotics took its name from a company in that book.) Big data pioneer Palantir Technologies is named after the seeing stones in Lord of the Rings. "TASER" was originally an acronym for "Thomas A. Swift's Electric Rifle." Even the terms robot and android were popularized in fiction before they were adopted by technologists.

Science fiction's power of inspiration also comes up in discussions with engineers and innovators. Ask them, and they will tell you how it unlocked their dreams and set free their imaginations.

We know that because we asked. On the following pages, seven engineers and inventors explain how science fiction affected their futures.

This article interviewing engineers about how fiction inspired them the cover story for February 2015.