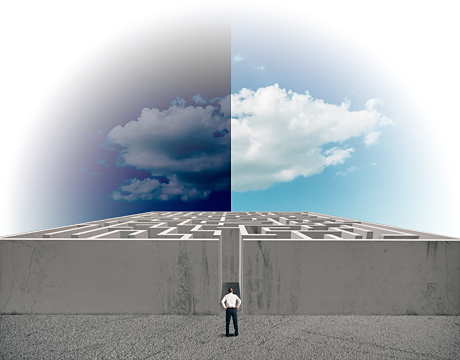 One of the most powerful gifts of engineering is how it improves lives. But, in the wrong hands, it can be the opposite. William Marcy, executive director of the Murdough Center for Engineering Professionalism/National Institute for Engineering Ethics, teaches a course on engineering ethics to roughly 600 students per year at Texas Tech University. He advises them to look at all the angles and encourages professional engineers to do the same. “It’s about looking past what people would know about and understanding what your obligation is,” he says.

One example he uses involves a fastening attachment. “Let’s say you project into the future what the consequences might be,” he says. “If an outside inspector said a certain fastening attachment isn’t at the level of quality required, who’s responsible for fixing this? Should the one who did it in 2001 be even though the standards might have been different? If you put something in that no longer is up to code, is your company obligated to say something if that outside inspector was never involved and no one brought it up? Making an ethical decision is thinking about the lifecycle of a project or product or design, not just assuming everything is fine. What may be OK in 2001 may not be fine in 2013 because technology, policies, and design methods can all change.”

An example he had students look at is the Tesla electric car. “It’s very interesting because you would think about the responsibility of the safety of the car—but what about the batteries?” he says. “Some day that car will go to a landfill and how is that battery for the environment? If you think of the life cycle, does the company have a responsibility to properly dispose of the car—should that be part of the offering to a customer when they buy? After all, it may not be a factor for more than a decade.”

Marcy says offering up these examples and teaching the course gets students to visualize their careers ahead. There will be moments for advancement that could pull at their conscience. Decisions can be made that could literally decide lives. “It gets them thinking about who they want to be,” he says. “The working world can put pressure on anyone.”

It also allows them to consider what assumptions they’ve always made. “We talked about the technological concept of offering Wi-Fi for free through the government,” he says. “So many thought it was a great idea. Then we talked about the fact our taxes pay for the government. Is it fair someone else will have to, in the end, pay for the Wi-Fi? Is it fair to ever call something offered from the government free? Suddenly, [fewer] people thought it was a great idea or that it should be presented as free.”

Marcy finds many students are most engaged by ethical decisions that aren’t easy choices but require making decisions that can be seen in many ways. “Ethics are opportunities for a healthy debate,” he says. “It’s a chance to really see different ways to look at a problem. You do that when you create something but also when you look at the moral implications of that creation. Being ethical isn’t always about cut and dry answers but getting yourself to actually consider the possibilities. By doing that, you’re already ahead of many people.” Eric Butterman is an independent writer.

Being ethical isn't always about cut and dry answers but getting yourself to actually consider the possibilities.William Marcy, Texas Tech University