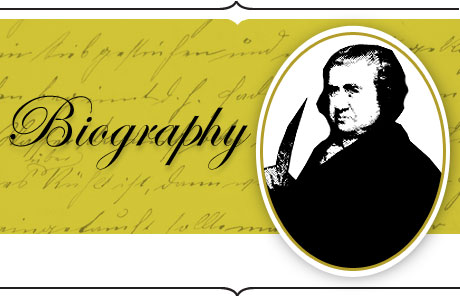 Steam engine titan Erasmus Darwin Leavitt (1836 – 1916) made history for designing a series of economical, heavy-duty pumping engines for municipal water works and the mining industry. A founding member and past president of ASME, his body of work includes some of the largest engines of his day, revered for their less-is-more design and game-changing operational efficiency.

"No mechanical engineer has left for our contemplation more impressive monuments of human skill than he," proclaimed the ASME Council on Leavitt's death. "Without special preliminary and technical instruction, the advantages of which nearly all engineers of the present day possess, he was able to work into the mysteries of the behavior of steam and the properties of materials."

A native of Lowell, MA, Leavitt first learned to crack those mysteries during a three-year apprenticeship at the Lowell Machine Shop, followed by a one-year stint at the famous Corliss & Nightingale steam engine works. By 1858, he was supervising the construction of high-end steam engines for maritime applications.

At the outbreak of the Civil War, he enlisted in the U.S. Navy and quickly moved into a position of engineering authority over the construction of ships. He remained with the Navy after the war, teaching steam engineering principles at the Naval Academy in Annapolis.

He retired from the Navy and began private mechanical engineering practice in 1867.

His breakthrough into big-time engineering was his design for a pumping engine at Lynn, MA. Working with George Normal of Newport, RI, he created an engine that incorporated his revolutionary ideas in engine efficiency. Next came a groundbreaking water works project for the city of Lawrence, MA, that paired two Lynn-style engines.

These triumphs led to Leavitt's long association with the Calumet & Hecla Mining Company, where he served as consulting and mechanical engineer from 1874 to 1904. Here he made some of his landmark contributions in the design of heavy machinery for pumping and a range of other civic and industrial uses.

The largest engine he built for the firm was aptly dubbed "Superior." Designed around an inverted compound beam, its cylinders were 40 in. and 70 in. in diameter with a 6-ft stroke at 60 rpm. The firm used it to hoist drums and air compressors.

One of his signature projects, the 1894 Leavitt-Riedler Pumping Engine in Boston's Chestnut Hill High Service Pumping Station, is an ASME historic mechanical engineering landmark. Its regular operation speed of 50 rpm could pump 25 million gallons of water in a day, attracting national attention as "the most efficient pumping engine in the world," according to industry publications of the time. It has been idle since 1928, but is still on display at Boston's Metropolitan Waterworks Museum. It indelibly links Leavitt's name to an era in history when the availability of clean, abundant municipal water was considered a point of civic pride, and fast-growing cities built water works that doubled as grand public spaces.

Leavitt's other landmark projects included engines for a cable railway used on the Brooklyn Bridge, mining equipment for contractors in Venezuela, and numerous large water or sewage pumping engines for the cities of Louisville, Boston, Cambridge, and Bedford.

Leavitt and his wife Elizabeth lived in Cambridge, MA, where they raised five children. He invested considerable personal energy in supporting nearby institutions such as the Harvard Trust Company, the local YMCA, and a board overseeing the construction of a major bridge project linking west Boston and Cambridge.

In addition to an honorary doctorate from Stevens Institute of Technology (its first), he was made an honorary member of ASME in 1915. The honor recognized not only his founding role in the organization but also his successful terms as president and vice president in its critical early years.

In ASME's tribute to Leavitt, his peers applauded his common sense approach to design: "He did more than any other engineer in this country to establish sound principles and propriety of design. He appreciated the importance of directness and the absence of ornamentation in strictly utilitarian designs, and he firmly believed that beauty in machine design came from propriety."

No mechanical engineer has left for our contemplation more impressive monuments of human skill than he.1916 ASME Council Proclamation