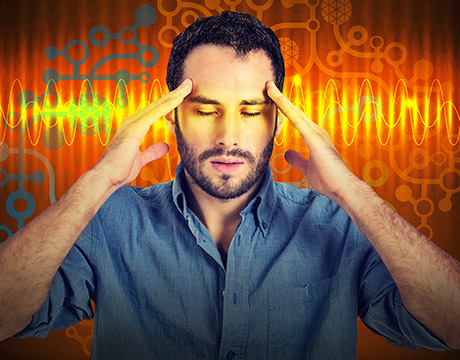 It’s no secret that opioid drug abuse is one of the great scourges of our time.

Every day in the U.S. more than 115 people die after overdosing on opioid pain relievers, and the Centers for Disease Control and Prevention estimates the issue has a total economic burden, including the costs of healthcare, treatment, criminal justice activity and lost productivity, of more than $78 billion per year.

And the problem is just getting worse.

Opioid-related overdoses jumped 30 percent between July 2016 and September 2017, led by the Midwest, where such overdoses increased by 70 percent. Research has shown that about 25 percent of patients who are prescribed opioids for chronic pain misuse them at some point, and about 10 percent of those end up becoming addicted. 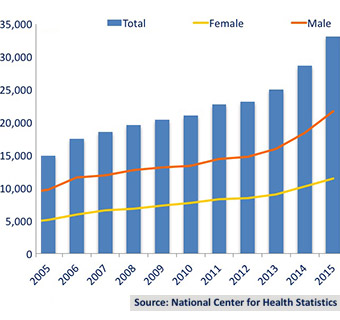 That’s the bad news. The good news is that medical researchers are already working on a variety of new treatments to lessen dependence on opioid painkillers and prevent these overdoses. Some of the most promising of these treatments are coming out of bioengineering departments. Those treatments involve neurostimulation, the delivery of high-frequency stimulation to sensory nerves in the peripheral nervous system to block pain signals. One such system, known as kilohertz frequency alternative current block, was developed by Kevin Kilgore and Niloy Bhadra, doctors at Case Western Reserve’s Department of Biomedical Engineering and MetroHealth Medical Center, building on earlier efforts that date back to the 1980s.

“Though there had been some work done, it had been completely neglected, so we started doing pretty intensive pre-clinical animal studies and outlined a lot of the basic parameters,” Bhadra says.

Although previous high-frequency systems showed results at lower frequencies, the Case Western team found the best pain relieving returns at a range between roughly 10 and 30 kilohertz. Their innovation was creating a neurostimulation technology that is stable and reliable enough for medical use. When used in medical devices, this technology can turn nerve responses on and off at will, with pain relieving effects that linger well after treatment ends.

“The nerve conducts signals by sodium and potassium channels,” Bhadra says. “What is amazing is that when you apply high frequency to a peripheral nerve, it can actually put the sodium channel into a state where it cannot function anymore. That block can start within less than a second, and then when you turn it off, recovery happens in a few seconds, which is completely different from any other nerve block mortality that's known.”

This type of technology could serve in a wide variety of applications.

See Part 2 of “Engineers Help Fight Opioid Addiction” to learn about the technology’s new applications and who is implementing it.