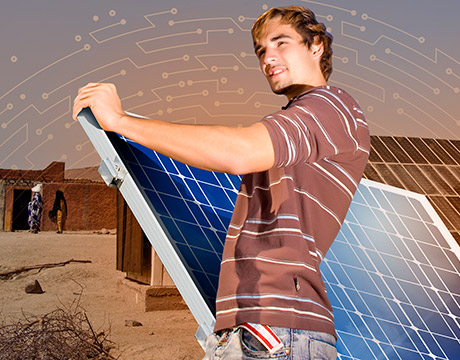 By this time next year, Jenna O’Brien should already have several months under her belt as a U.S. Peace Corps volunteer, acting as a water sanitation and hygiene education instructor in Panama. But she’s already an old hand at certain parts of the volunteer experience. The Virginia Tech engineering major has nearly four years of experience with another humanitarian organization, Engineers Without Borders.

The organization is comprised of nearly 150 student chapters and another 150 or so professional chapters that organize engineering projects. Until early 2018, nongovernmental organizations that work in developing and disaster-stricken countries requested EWB’s help with projects. Earlier this year, EWB-USA, which oversees the organization’s structure, announced a change in the way it supports projects. The organization will now work on projects only within 35 specific countries to avoid displacing work for engineers in countries with a sufficient number of in-country engineers.

When you’re in engineering, you can get caught up on an assignment. But EWB encourages you to think of the people, to keep things in perspective. Jenna O’Brien, Virginia Tech 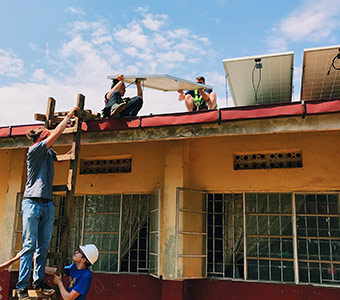 O’Brien joined EWB nearly the moment she arrived at Virginia Tech as a freshman. In fact, one of the main reasons she chose her majors—biological systems engineering and Spanish, with a minor in green engineering—was because she one day wanted to hold a sustainable engineering job. She also wanted to investigate how sustainable engineering groups function behind the scenes. O’Brien, for the 2017-2018 school year, serves as president of the Virginia Tech EWB chapter, made up of between 30 and 60 students, depending on how many are active at a given time

Find out more about technology and society from ASME.org.

As with all EWB chapters, student members are responsible for researching and planning their projects, consulting with professional engineers and NGOs, and raising funds and writing grants to cover project materials and travel costs. Student members serve as co-leaders, presidents, treasurers, directors of fundraisers, and in other traditional roles.

Earlier in her EWB involvement, O’Brien traveled to a community outside Punta Cana in the Dominican Republic to help with a water distribution project. But the small community of service workers catering to the tourists who stay in nearby hotels was a largely migratory bunch—traveling to their homes in Haiti or to other cities within the Dominican Republic for weekends or quitting their jobs altogether after a number of weeks or months to return home. For that reason, the project failed to get the community support needed, O’Brien says.

Virginia Tech now hosts three projects in Uganda, Nicaragua, and Guatemala. The latter aims to improve the sustainable wastewater management system of CEFONMA, a boarding school located in the Xix, El Quiche region. The school now disposes of waste by pouring it into pits dug around campus and capped with concrete when full. That method limits the school’s usable land and could contaminate nearby water sources, says Helen Chen, a senior Virginia Tech civil engineering major and head of public relations for the school’s EWB chapter.

Until the problem is fixed, the school can’t expand, a pressing issue because Guatemala doesn’t offer schooling past the sixth grade. The boarding school offers many students their only opportunity for continuing education, with many students walking eight to 12 hours to get to the campus, she adds.

O’Brien hasn’t traveled again after her trip to the Dominican Republic, but her time in EWB taught her many career and life skills.

“When you’re in engineering, you can get caught up on an assignment. But EWB encourages you to think of the people, to keep things in perspective,” she says. “I feel engineers have the responsibility to help people improve the quality of their lives.”

Read Part 2 to learn about the real-life experiences EWB members gained through the program.