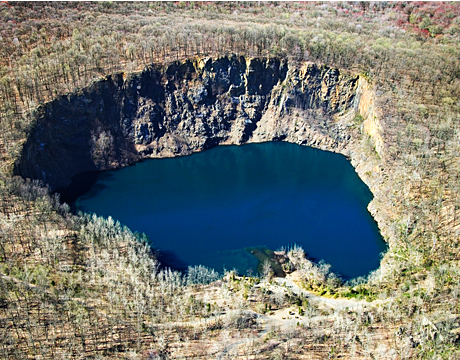 Sinkholes have made a surprising amount of news in recent months, and it reminds us of the importance of being able to deal with them from an engineering standpoint. Bill Bracken, Bracken Engineering, Tampa, FL, is a structural engineer who's worked with many organizations. He explains that, thankfully, most sinkholes are much less severe than those making headlines. "The strategy taken with a sinkhole depends on what it has impacted," he says.

"You need to properly diagnose it, develop a remediation plan for the soils, oversee it and diagnose for any structures on top of there," says Bracken. A geologist is the one who performs the subsurface testing to evaluate the soils and answers questions as to whether it's a sinkhole. Then the geotechnical engineer develops remediation of soils. The remediation is usually some form of grout or grouting, whether the cementation or chemical kind. A structural engineer like Bracken will focus on the building.

"The structural aspect depends on many things," he says. "Has the building been displaced, for example. As a structural engineer, I don't focus on what caused or facilitated the building or portion of the building to drop. We come in and say how much it has dropped and what can be done about it. The drop may be an inch or two or sometimes even less than that. Or it can be like a few years back. I saw a three-story apartment building from one end to other had dropped 11 inches. Let's just say it had a true funhouse effect."

Each solution is different for each structure because they have to look at the loads traveling through it, through the foundation, what type of foundation it is, and how far apart to put the pins. Another factor is what to do about interior slabs, all driven by how impacted the structure is.

Bracken says the mindset often changes for particularly challenging sinkholes. "That's when the geotechnical person comes back and says they can't grout it because the void is too large or organics are so intense that the grout will be ineffective," he adds. "In those cases we stabilize soils. If that doesn't work then it becomes about, 'What do we do for the structure?' In some cases we put in extraordinarily deep pins. In other cases we simply call for the structure to be reinforced. Then it's about the movement and settling over time."

For the aforementioned "funhouse" situation, the length of the building had rotated. "But, using underpins we were able to go in and lift the building back. And, obviously, when you're looking at saving a building, you're also looking at cost of savings versus tear it down and rebuild."

Bracken says this job is definitely not for someone who expects the same thing every day. "Every situation requires its own focus," he says. "I've been at this a long time and I still can see new things."

Every situation requires its own focus. I’ve been at this a long time and I still can see new things.Bill Bracken, Bracken Engineering