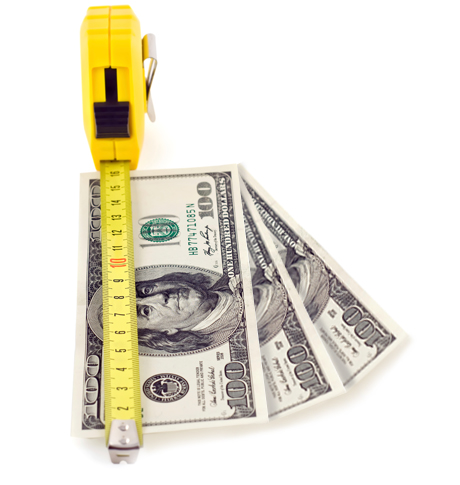 With the recent passage of the well-publicized debt deal by the U.S. government and the heated debate that surrounded it, many around the world are wondering if the fragile U.S. economy is poised for recovery, or if more bad news may be on the horizon. In June, Federal Reserve Chairman Ben Bernanke said that U.S. economic growth in 2011 was slower than expected, partially due to supply chain disruptions associated with the earthquake and tsunami in Japan.

Engineers seemingly have been able to ward off the negative effects of the slow economy. "My belief is that the engineering sector has been among the least affected due to the technical knowledge flexibility the engineer has to offer and a greater expanse of problem-solving skills that can be applied in most industries," says Amos E. Holt, vice president of environmental safety and quality systems at Texas-based Southwest Research Institute and former ASME President.

"We have been able to float with the economy," says Jerry Cabak, a senior development engineer at Lick Engineering, UCO/Lick Observatory, CA. Cabak says the grant money for new projects in his department has been affected by the economy, but he hasn't seen any major layoffs. "We had a salary cut (furlough) from August 2009–2010, but since then we have recovered back to our 100% salary," he notes.

Their sentiments are reflected in the results of the 2011 Engineering Income and Salary Survey, conducted by the American Society of Mechanical Engineers (ASME) and the American Society of Civil Engineers (ASCE), which shows that engineering professionals continue to earn good salaries. Over 11,000 engineers from the U.S. responded to the online survey between April 1, 2010 and March 31, 2011.

Who Earns What and Where?

So what's the value of engineers in today's market? The survey data revealed that the average salary for an engineer in the U.S. in 2011 was $99,738, slightly lower than the $102,227 figure reported in the 2010 survey. Average income for engineers varies depending on discipline, qualifications, experience, and location. The Pacific Southwest continues to have the highest median salary of $98,500, followed by the South Central States ($96,000) and the Middle Atlantic States ($91,500). The lowest full-time salaried median incomes are found in the Upper Mountain States ($80,484), the Central Plains States ($84,000), and the Great Lake States ($84,000).

Does the Level of Education Matter?

Is there a Gender Gap?

The U.S. responses reflect a salary gap between men and women. The median income of female engineers ($75,000) is less than male engineers ($91,679). But according to Holt, the gender gap as defined in the literature for the past several decades is definitely closing. "In the engineering profession today, I see equal pay for equal skill levels and growth potential equivalent to the value added by the individual," he adds.

"I don't think there is any kind of bias. It's historically that males have dominated this industry," says Cabak. "When I graduated, there were predominatelymen in engineering, but now there's a good mix. There is an industrial push at many levels to encourage women to join the business," he adds.

Both Holt and Cabak agree that engineering is a great career choice for young graduates. "We continue to design, develop, and manufacture so there will always be a need for engineers in this world," says Cabak. Holt says engineering is still a sought after skill and will be well into the future. "The energy and water, natural resources, and related fields will become more engaging and need the skill of the engineering workforce to meet the demands of a growing world population," he adds.

"The Engineering Income and Salary Survey" is an open-ended poll that gathers information continually to keep abreast of compensation trends. It lets engineers see how their salaries stack up against others in their region, industry, or age group. View the online version of the salary survey for the most current salary information and participate in the poll. The data can be searched by organization type, full-time employees, revenue, industry, years in the industry, educational degree, age, and geography. Geographical searches can be organized by state, major metropolitan area, ZIP code, and five regions—North Central, North East, South Central, South East, West Coast.

Engineering is still a sought after skill and will be well into the future.Amos E. Holt, VP, Environmental Safety and Quality Systems, Southwest Research Institute