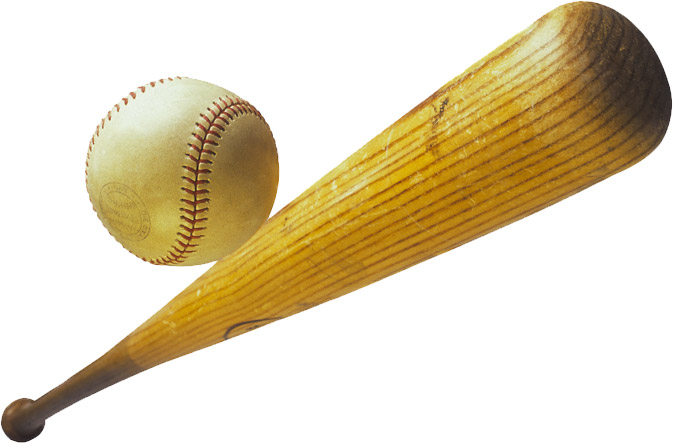 Major League Baseball (MLB) is founded on tradition and has not changed appreciably in over 100 years. Keeping the equipment uniform throughout the years allows a common basis to compare players over time. However, as engineers, we are trained to find ways to make things better. In recent years, mechanical engineering has made considerable contributions in quantifying and understanding ball and bat performance in baseball and softball.

Eye on the Ball and Bat

Bat performance is a joint property of the bat and ball. The ball primarily affects bat performance in two ways: elasticity and stiffness, and tests have been developed to measure these attributes independently. To assure that MLB remains the same from year to year, compliance testing on random samples of baseballs is conducted on a regular basis.

To compare the performance of different bats, they must be evaluated on a common scale. One performance scale is to consider the speed of the ball coming off the bat. The speed of a hit ball in play (vh) depends on the pitch speed (vp), the bat speed (vb) and a term called the collision efficiency (ea):

The collision efficiency is readily obtained from the ratio of the ball rebound speed to the ball inbound speed.

We now have a good understanding of the mechanisms affecting bat performance and have developed methods to accurately measure performance. With the aid of science and engineering, it is now possible to bring the performance of non-wood bats in line with the wood counterparts they replaced. It is up to the regulating associations to decide where “acceptable” performance lies, however. These same advanced testing methods are being used to ensure that the Major League game is not being compromised by any change in the baseball.

The swinging motion of a bat can be visualized as a rod pivoting about a point. If we limit our time frame to the instant that the bat and ball are in contact, the pivot point is nearly stationary.

If a pivoting rod is impacted at its center of percussion (COP), there will be no reaction force at the pivot (i.e., without constraint the rod would tend to rotate about the pivot point). All batters have observed that poorly hit balls can sting the batter’s hands, while well hit balls do not.

The COP will move as the weight distribution in the bat is changed, while the sweet spot will not. The sweet spot is actually not a point, but a region of the bat where the vibrations from impact are minimized. As bat impact vibration is reduced, more energy is imparted to the ball, producing a higher hit ball speed, and less sensation to the batter's hands.

In 1970, aluminum bats were introduced as a cost-effective alternative to using wood bats. Teams would need fewer aluminum bats during a season compared to wood bats. Manufacturers quickly learned that hollow bats had a “trampoline effect” that allowed the ball to be hit farther than with a wood bat. Hollow barrel bats have another advantage. The barrel stores energy during impact and returns the energy to the ball after impact.

[Adapted from “Engineering Our Favorite Pastime,” by Lloyd Smith and James Sherwood, for Mechanical Engineering, April 2010.]