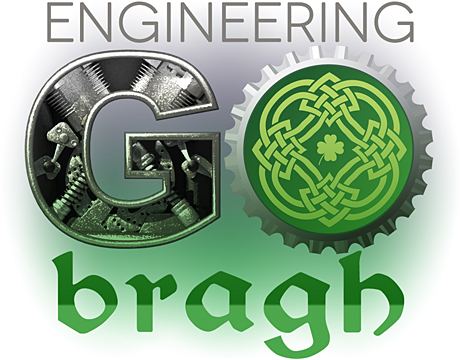 When you think of Ireland and its patron saint, St. Patrick, many things may come to mind: rolling emerald hills, legends of snakes being driven into the ocean, and yes, maybe even corned beef and stereotypical green beer in honor of Patrick’s feast day. But engineering? You may get a few laughs for raising that toast on March 17th.

However, the laugh would be on you, as it just so happens that in addition to being the patron saint of Ireland and a patriotic symbol of national pride for more than a millennium and a half, St. Patrick is also the patron saint of engineers. Just ask one of the “Knights of St. Patrick” who populate the faculty ofMissouri S&T, in Rolla, MO, a school that has celebrated St. Patrick’s connection to engineering since 1908 - and in legendary fashion - starting with a yearly “Snake Invasion” in early March.

“One of my first really vivid memories as a freshman [in the 1970s], I happened to be walking across campus, and there’s all these students carrying logs on their shoulders,” says Wayne Huebner, nowChairman of the Department of Materials Science and Professor of Ceramic Engineering at MS&T. “Some of them were very substantial, and they were all maybe five to six feet in length... but they called them shillelaghs. And the shillelaghs were to be used for the purpose of killing snakes.”

The “snakes” in question were rubber novelties it turns out, thrown in the path of unsuspecting engineering students campus-wide by St. Patrick’s Board Members – faculty members and students who help plan the week-long festivities on the MS&T campus, and who assume this grave snake-throwing duty.

The appropriate response to one of these snake attacks? According to Huebner, “Anyone who has a shillelagh is supposed to come running and pound the snake into the dirt until it’s torn to shreds.”

Of course, there is much more to the celebration than snake-pounding, as the week is full of banquets, parades, parties, and various outdoor events, all of which do, to some extent, involve the consumption of alcohol for those of age. After all, what would St. Patrick’s Day be without a pint or two... or three?

But according to legend, the connection between engineering and St. Patrick does have a basis in fact, albeit fact clouded by the mists of 1,600 years of history. With a Roman education and a knowledge of Roman concepts of engineering, St. Patrick (A.D. 387-461) would have been familiar with incredibly advanced techniques and methods for his time. It is said he had a knowledge of ceramics and helped make Irish churches from stronger and more durable materials, and rumor has it that he even introduced the concept of the arch to many of these early churches, though evidence is scant so many years later.

Fellow Knight of St. Patrick, andProfessor of Arts, Languages and Philosophy Lance Haynes has heard of the connection to engineering. “I had heard that he knew a lot about building and was involved in building many of the [early] churches in Ireland,” he says. But really, when it comes right down to it, the connection is a thin one, and the reason Missouri S&T celebrates St. Patrick is simple: “This is a really tough school. And so once or twice a year they let go and really party,” says Haynes.

Listening to him describe the details, it’s hard to argue. There is the aforementioned Board of St. Patrick’s (of which he is a member), founded in 1930 with the expressed purpose of “making sure everyone has a good time.” There is the annual naming of an honorary St. Patrick, who knights eight new members of the Order of St. Patrick each year, as well as his Queen of Love and Beauty, who reigns over the festivities and accompanies St. Patrick to all of the banquets and official events. And of course, there is “Alice,” a legendary feature of MS&T’s celebration that is best not described here except to say it is a makeshift body of water created by the students each year. (Note: Readers would be better off asking a student or member of faculty.)

All of which speaks to the wisdom of the founders of this celebration, who realized it was much more than just a party. It was the kind of morale booster and necessary steam valve that would make it possible for students to navigate the pressures of one of the nation’s premier engineering universities. As Haynes says, “They recognized – back in 1930, way ahead of their time – that it was important to have a good social dimension as well as a good task dimension.”

It doesn’t hurt the recruitment process for Missouri S&T specifically, or the push for greater STEM participation and STEM graduation rates nationwide, either. “The imagery is that engineering is for nerdy types that sit and use pencils and calculators and computers all day to design and build things,” laughs Huebner. “Several things [at Missouri S&T] play a role in reversing that; St. Pat’s is one where they see that ‘Wow, engineers have a personality.’”

Some of the other factors revolve around the university’s design teams, which have won national awards in the DOE’sSolar Decathlon. There is the Concrete Canoe Team, the Baja Team, the list goes on and on. It seems once the partying is over, these students buckle down and then some.

But as you celebrate St. Patrick’s Day in your own way this year, whether it be at a parade or a local bar or restaurant, think of the patron saint of engineers, and the students at Missouri S&T, celebrating their patron by taking a dip in Alice.

For Further Discussion
Anyone who has a shillelagh is supposed to come running and pound the snake into the dirt until it’s torn to shreds.Prof. Wayne Huebner, Missouri S&T