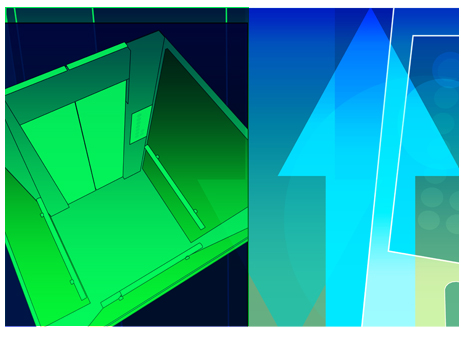 Elevator manufacturers are producing premium elevators for mid- and high-rise buildings that are extremely energy efficient. These traction elevators have improved controls, hardware, and other systems that not only use less energy, but are much more compact, efficient, and even generate electricity that a facility can use.

The most energy efficient elevators now have:

Mid- and high-rise buildings typically have geared or gearless traction elevators capable of high or variable speed operation. One energy-saving change manufacturers have recently begun to offer is double-deck elevators. They are two cabs tall, one stopping at even-numbered floors and one serving odd. They can reduce a building’s overall energy usage by reducing the number of stops and even the total number of elevators required when used with destination dispatch controls.

Regenerative drives are another remarkable advancement in energy-efficient elevator technology. They recycle energy rather than wasting it as heat.

The permanent magnet motors in Otis’ ReGen drives are capable of bidirectional energy flow. Magnatek’s Donald Vollrath explains how they operate in his Elevator World Continuing Education Program “Regenerative Elevator Drives: What, How and Why.” When power flows into the motor, it creates a lifting torque on the shaft and elevator sheave, lifting the carriage. When the carriage travels down, the motor acts as a generator, transforming mechanical power into electrical power and pumping current back into the facility’s electrical grid to use elsewhere.

When a cab goes up with a light load and down with a heavy load, the system generates more power than it uses. Over time these small amounts of power generated during each elevator’s sporadic decelerations add up to noticeable savings. They use less energy than non-regenerative drives, and reducing the excess heat in the building.

The most energy efficient types of elevators are machine-roomless (MRL) traction elevators. Manufacturers redesigned the motors and all of the other equipment normally housed in a machine room above conventional elevators to fit into the hoistway. These space-saving improvements eliminate the need to build and supply energy to a machine room and consume significantly less energy than the larger versions previously used. They also generate less heat.

Otis offers additional energy savings in its state-of-the-art Gen2 MRL elevator. They also compacted the controller and moved it into the hoistway, eliminating the need for a separate control room. See video to learn about the redesigned systems and how they were integrated in the Gen2.

Manufacturers are now giving more attention to improving energy usage in the other systems such as cab lighting, fans, doors, brakes, and elevator controls. They use efficient LED lights in cab panels, overhead, and in floor indicators. They include door drive motors that that can enter a standby mode or efficiently recover from removal of power when not in use. These motors also support variable door-open and -close times, and their energy use is factored into the overall control strategy.

Manufacturers are now giving more attention to improving energy usage in the other systems such as cab lighting, fans, doors, brakes, and elevator controls.