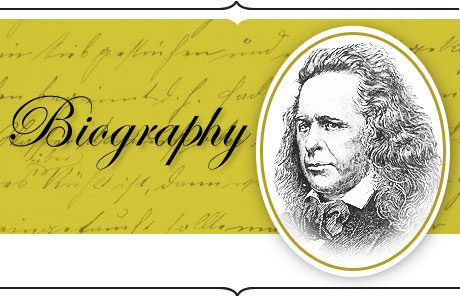 Despite her busy schedule, Nasreen Khan, a native of Bangladesh, still finds time for her hobby, working with her Singer sewing machine. "I love doing it. I feel I've accomplished something when I finish sewing," the 48-year-old Fairfax, VA, schoolteacher said. "You get a sense of liberation."

However, when asked if she had ever heard of a man named Elias Howe (1819 – 1867), who is credited with patenting the first sewing machine more than 150 years ago, she looked puzzled. "Who's he?" she asked.

Elias Howe patented the first ever lockstitch sewing machine in the world in 1846. His invention helped the mass production of sewing machines and clothing. That in turn revolutionized the sewing industry and freed women from some of the drudgery of daily life at the time.

Howe's story is a brief but turbulent one. It was one that led to the birth of the first proper sewing machine industry, which triggered the greatest manufacturing expansion in history and led to the employment of millions, especially women in the developing world.

One of the biggest beneficiaries of Howe's invention is Khan's native Bangladesh, a Muslim-majority country where women have suffered for generations due to lack of opportunities and proper education. The growth of the garment industry in the 20th century opened up opportunities in many developing countries around the world, and in particular for millions of Bangladeshi women, who now make up 90% of the country's workforce in this sector. The garment revolution not only liberated a vast population of illiterate women but also put the country ahead of many other Muslim countries as a model for the empowerment of women.

Elias Howe, Jr. was born on July 29, 1819, in Massachusetts and spent his childhood and early adult years there. In 1835, he apprenticed in a textile factory in Lowell, MA. After the mill closed in 1837 he moved to Cambridge to work as a mechanic with Carding machinery. A year later he worked for the shop of Ari Davis, a master mechanic in Cambridge who specialized in the manufacture and repair of chronometers and other precision instruments. It was under Davis that Howe seized upon the idea of the sewing machine.

Contrary to popular belief, Howe was not the first to conceive of the idea of a sewing machine. Many other people formulated the idea of such a machine before him, one as early as 1790, and some had even patented their designs and produced working machines, in one case, at least 80 of them.

It was Howe, however, who came up with significant refinements to the design concepts of his predecessors, and on September 10, 1846, he was awarded the first U.S. Patent (4,750) for a sewing machine using a lockstitch design. His machine contained the three essential features common in most modern machines: a needle with the eye at the point; a shuttle operating beneath the cloth to form the lock stitch; and an automatic feed.

Howe's design demonstrated the novel idea of a needle that carried the thread forward, through a piece of material, where another thread, held in a metal shuttle, passed through a loop in the middle thread (caused by the needle moving forward then suddenly backward). The needle was then retracted and this action pulled the two threads to lock them in the fabric. This is how the lockstitch was born.

The abundance of cheaper garments made the "world look better because, simply, we all dressed better," says Alex Askaroff, who has written a definitive book on the life and work of Elias Howe. Just how much easier and faster cloth-making became is underscored by the example of the famous New York tailor, Brooks Brothers. The company was able to cut down the waiting time for their first class overcoats from three weeks to just six days after Howe's sewing machines first hit the market, and the price dropped accordingly. Hats, which everyone wore, however rich or poor, could be made ten-times faster on a sewing machine than by hand.

Howe established the Howe machine company in Bridgeport, CT, in 1865. His business flourished and he became one of the richest men in America, eventually marrying Elizabeth Jennings Ames in 1841, with whom he had three children. However, he didn't live long to enjoy his wealth. The great inventor died at age 48 in 1867 and was buried in Brooklyn, NY.

The growth of the garment industry in the 20th century opened up opportunities in many developing countries around the world.