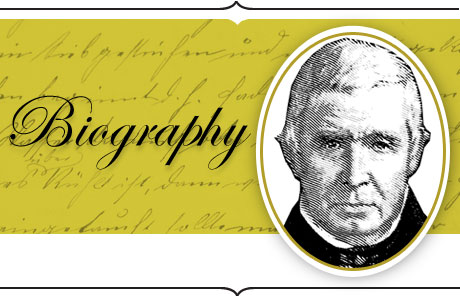 Around the time of the Revolutionary War, Connecticut was the epicenter of clock-making in the United States. Clockmakers had such a large impact on the region that today, towns around Plymouth still bear the names of successful townsmen who were in the clock-making business. One town, Terryville, takes its name from the father of mass-production clock making, Eli Terry (1772 – 1852), who had factories there and is one of the United States' most famous horologists,one who studies timekeeping and timekeepers.

He grew up in Plymouth and there completed an apprenticeship with a master clockmaker. At that time, clocks were made by hand, and his mentor had begun creating standardized parts for clocks.

Terry soon started his own clock-making factory using wood for the gears since it was a locally abundant material. He was considered a great man and a natural philosopher with exceptional mechanical ingenuity. He received the first clock patent granted by the United States Patent Office in 1797 for his "equation clock." It was signed by President John Adams and was the first of 10 patents awarded to him in his lifetime.

Around 1800, clockmakers would begin one or two dozen at a time, using no machinery, first marking out with a square and compass then cutting the wheels and teeth with a saw and jack-knife, a very slow and tedious process, says Chauncey Jerome in his 1860 book History of the American Clock Business.

Terry's factory was the first to use standardized parts in clock-making and the first to use machinery to create clocks. At his factory, wooden gears were originally fabricated using a hand-operated machine with a foot-powered lathe. In 1803 he devised ways to use waterpower to operate his machines, and shortly after, he created jigs that helped make standardized clock parts, so the factory could produce more parts per year. He had, until this time, delivered the clocks to his customers in person, a practice that would become difficult with higher volumes.

He located his next clock-making factory in a mill that had access to water for power, and it was there, in 1808, that he started the first five hundred clocks made by machinery in the country. This was a larger number than had ever been begun at one time in the world, and it was part of a contract to produce four thousand clocks at low prices, which most people doubted was possible.

He sold the plant (which did deliver four thousand clocks) and bought another where he continued his work contributing much to the field of clock-making. He briefly pursued half-second pendulums, which led him to the development of a much smaller shelf clock in 1814. Terry invented and patented his Pillar Scroll Top Case, a 'one-day' clock, which revolutionized the business. It was widely used and copied. This design produced clocks in large quantities until advancements in sheet-metal replaced wooden clock bodies almost a century later.

Terry not only pursued low-cost clock making, but also high-class brass-geared clocks, which could survive the rough seas better than clocks with wooden gears when exported to customers in Europe. He also made tower clocks, one which still stands today. Of his many children, several sons followed in his footsteps in the clock-making business. Eli Terry was a prime example of a successful engineer who made a fortune out of his own ingenuity.