How Elephants Uses Their Tails to Chase Away Mosquitoes

How Elephants Uses Their Tails to Chase Away Mosquitoes 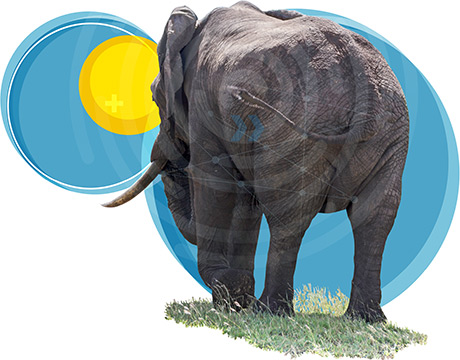 When an elephant’s tail swats a mosquito on its back, it generates enough torque (350 newton meters) to accelerate a car. But why does it take so much energy to swat a mosquito or a fly?

The question arose during a conversation between Marguerite Matherne, a Ph.D. candidate at Georgia Tech, and David Hu, who heads the Laboratory for Biolocomotion at Georgia Tech.

Matherne, who grew up riding horses outside New Orleans, met Hu when she took his fluid dynamics class as an undergraduate. “I really liked when he talked about his own research, like how honeybees use their fine hairs to clean themselves,” she said. “It was not only interesting, but it gave me a really different perspective on mechanical engineering.

“Although I applied to other graduate schools, I decided to stay because this is the area that’s interesting to me” she added. “I also like the lab’s mission, which is to reverse engineer what evolution does well and apply it to make our lives make better.”

When she started the Ph.D. program, Matherne had to pick an initial research project. Hair, honeybees, and horses helped her decide.

“We started talking about hair and honeybees, and then how horses use their tail to shoo away flies,” she said. “David asked me how that works, and I realized that I did not really know.”

To answer that question, Matherne went to a local zoo and horse farm and filmed animals swishing tails. She used video software to track the motion starting at the joint where the tail extends out from the body, where the tail bone ends and the hair begins, and at the end of the hair.

When she began reviewing her video, she realized that she could model the tail accurately as a double pendulum. That led her to expect that it move at the speed of a gravity-driven pendulum, the type found in a grandfather clock or metronome. Instead, she found that elephants, zebras, and horses all swished their tails three times faster—and used 27 times more energy when they did.

“That was a surprise,” she said. “At first, I was stumped. They were obviously putting a lot of energy into this, but why?”

She initially believed animal tails knocked bugs out of the air. So, she went on Amazon and bought a stick with horse hairs glued to the end and tried swatting flying mosquitoes with it.

“We totally missed the mosquitoes,” she said. “But they took off as the hair flew past them. They had plenty of time to see it coming but didn’t move until the tail passed and the wind disturbed them.”

That suggested the tail swish was not designed to kill mosquitoes, but to chase them away. To find out, Matherne designed an experiment to test her hypothesis.

She released mosquitoes into a container topped with a ShooAway fly fan and slowed it down to the same speed as an animal’s tail. The mosquitoes naturally began to move upward. Yet half retreated back down the container when they felt the fan’s breeze.

The other half pushed through the top. If the mosquitoes landed on the animal, it would have increased the energy behind its tail movement, turning a swish into a swat to smash bugs where they landed, she said.

Her conclusion: Animals swish their tails to chase away bugs and swat the ones that get through. This uses less energy than swatting every bug once it lands.

She also discovered that ShooAway and other fans designed to keep insects from landing on food and people are probably moving too fast. That could lead to more sustainable fans in regions prone to mosquito-borne malaria.

“We could spin those fans more slowly and get the same results,” she said.