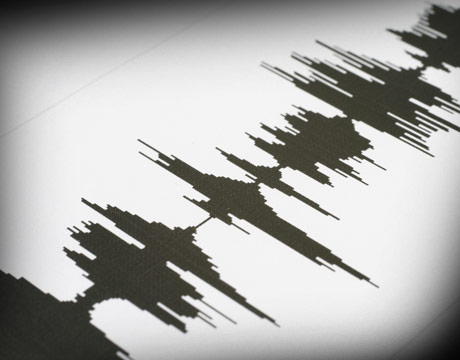 Earthquake-Proof Infrastructure Put to the Test

What happens during an earthquake? Thanks to advances in earthquake engineering, buildings in seismic areas are being designed and retrofitted so that life safety is assured. This means when an earthquake strikes, people will survive even if the buildings around them are damaged.

Today, however, thanks to research at Lehigh University's Advanced Technology for Large Structural Systems (ATLSS) Center, Bethlehem, PA, a new vision of sustainable infrastructure is emerging that would assure not only the safety of people in quake-affected areas, but also continued operation of the buildings and transportation they live in and depend upon.

To make that vision a reality, Richard Sause, professor of structural engineering and director of ATLSS, a research facility devoted to making infrastructure more resilient to extreme events and deterioration, is deploying his technical skills and powers of persuasion to get people to expect more of the buildings around them. "The design life of most of our buildings and transportation systems is about 50 years, which isn't long," he says. "At the same time we expect the large social and economic networks they are part of to continue indefinitely. Is that sustainable?"

Believing it's not, Sause, along with Lehigh structural engineering professors James Ricles and Stephen Pessiki, have been developing self-centering building systems, which extensive testing at Lehigh, in Japan, and elsewhere has shown can withstand severe quake conditions without damage. Sause says the technology is a steel or reinforced-concrete system that rocks during the design basis earthquake (DBE) because "specific structural joints are designed to open when earthquake forces are applied. Running across those joints is unbonded post-tensioning steel that deforms elastically during an earthquake; then like a rubber band, [it] pulls the joints back together."

The success of this system, which Sause and his colleagues have been refining over the past 10 years, was borne out in December 2010, when a four-story structure built with this technology was subjected to repeated forces on a mammoth shake table at the Hyogo Earthquake Engineering Research Center in Japan, also known as the E-defense shake table. The tests, which were designed, planned, and executed under the leadership of E-defense's Takuya Nagae with input from the Lehigh team and others, spanned one week. During that week, the quake-resistant structure and another built according to conventional Japanese and U.S. practices were exposed side-by-side on the shake table to tremors of increasing intensity, as researchers collected data on their relative performance. The testing peaked with ground motion from the 1995 Kobe earthquake, which killed more than 5,500 people and caused damage of approximately $200 billion.

Data from the tests, part of a collaboration between Japan's National Research Institute for Earth Science and Disaster Prevention and the U.S. Network for Earthquake Engineering Simulation (NEES), which was developed and funded by the National Science Foundation (NSF), is still being analyzed. But Sause says the self-centering structure's resilience under repeated earthquakes over the week speaks for itself. "The structure's performance under a ground motion more intense than the DBE for southern California, even after withstanding a series of smaller ground motions, was incredible," he says.

These positive preliminary findings, as well as results of testing at Lehigh, suggest that major advances in sustainable infrastructure are within reach. To do their part, Sause and Lehigh engineers are refining methods by which practicing engineers can incorporate the self-centering technology into their designs. An essential component of that work is the continued validation of those methods via laboratory testing, which is advancing along with the technology it's meant to validate.

That is another core competency at Lehigh, which operates the real-time multi-directional (RTMD) earthquake simulation facility, a NEES facility supported by the National Science Foundation, where Ricles has pioneered state-of-the art tools for testing buildings too large to fit on a shake table. One of these is real-time hybrid simulation, a method by which critical parts of a structure are built and tested in the lab and everything else is modeled and simulated on a computer. Researchers from Lehigh, Purdue University, the University of Illinois, and CUNY, The City University of New York have used hybrid simulation to evaluate the effectiveness at minimizing seismic damage of both magneto-rheological (MR) dampers and passive dampers, which dissipate earthquake energy like a shock absorber might.

In one series of tests, hybrid simulations showed how MR dampers, which control a structure's quake response by changing their own resisting force and energy dissipation properties, would have altered how one nine-story building performed during a ground motion from the 1994 Northridge earthquake. Although the building without the MR dampers would have been condemned after the California quake, which took 33 lives and caused $20 billion in damage, the simulated version equipped with MR dampers would have remained operable.

That result is but one more piece of evidence Sause hopes will spur city planners and public policy makers to rethink our demands on infrastructure—and those who design it. "As long as current practice remains to design for life safety only, probably neither damping systems nor self-centering structures will see widespread use," concedes Sause. Still he's hopeful that, one day, designing buildings and transport systems to remain operational under the DBE will be standard practice. And when it is, he predicts these systems "will be the technology of choice because we know from our testing that they perform."

Positive preliminary findings as well as results of testing at Lehigh suggest that major advances in sustainable infrastructure are within reach.