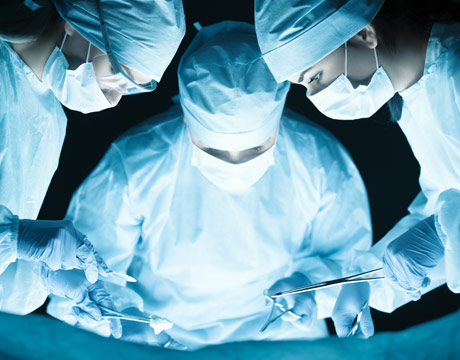 MIT Ph.D. candidate Nikolai Begg says the riskiest part of a surgery may not be what you think.

“I always had an interest in medicine and I was watching surgery and realized how risky it can be just getting access to start it by puncturing,” he says. “So many medical procedures require a puncture step. If you’re trying to get to some space deep in the body, you want to get there with as little tissue disruption as you can, which is why we use needles. Or think about cranial drilling when you have to remove a section of skull away and they drill holes.”

But what can be done to improve the puncture step, if anything at all? “When you drill through drywall to hang a picture, there is a moment when the drill bit goes to the other side and the drill bit jerks forward,” he says. “The same thing is an issue when it comes to puncturing in surgery: the risk of puncturing too far. You could hit a structure in the spinal column for some medical procedures. You could drill too far into a skull.”

While an engineering student at MIT, he created a puncture procedure device with the concept of least-resistance force to decrease the acceleration. “The idea is a flexural mechanism where there is force applied to the tip of the device, the mechanism essentially locks in place within the body of the device opposing an attraction spring,” he says. “As the device accelerates forward after puncture, the spring is causing the blade to accelerate backwards. You are decreasing the risk of an injury from the puncturing part of surgery.”

The first of the device models his team built weren’t flexural and didn’t have a low part count. He estimated there were 12 components to linkage and using flexure cut the part count down to one. Simpler and less expensive, he says. “You have a device body for housing, sheathing for the tip, the puncturing tip is coupled to the flexural linkage, which couples to the retraction spring, which is coupled to the body of the device,” he says.

The size of the puncture? Begg says it could be hypodermic-size to drill bit-size, to even larger. “The size of the puncture depends on the application and forces involved,” he says. “Imagine a needle used to puncture into the lung to collect fluid. That is going to be a smaller flexure. When you’re trying to gain access to the brain involving the skull, a much different level. For flexure, one of the proof-of-concept models I built was about an inch square and half an inch thick. And actually it was a metal part using micro waterjet cutting to make the flexure. The flexural joint had extremely thin sections so it needed to use manufacturing technology.”

He has learned many lessons from working on the device. A major one was an even greater appreciation of considering the business side of things. “I was very focused on the proof of concept and didn’t think as much about these other things, but, if I had, then that can keep you from opening your mind and thinking broadly, too,” he says. “The work also just reinforced my need to be fascinated and curious. Just observing and talking with surgeons and you realize there’s a problem. It’s exciting to dream of a possible solution.”

For Further Discussion
As the device accelerates forward after puncture, the spring is causing the blade to accelerate backwards. You are decreasing the risk of an injury from the puncturing part of surgery. Nikolai Begg, MIT