Don’t Let Workplace Anger Get the Best of You

Don’t Let Workplace Anger Get the Best of You 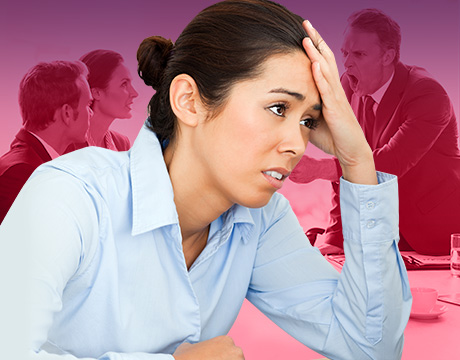 As you may have recognized, the first two sentences are from the catchy tune from The LEGO Movie. Engineers, like the construction workers in that movie, have an interactive job. You have to work with others whether they’re on the same team, the same project, or they just share the same workspace.

“As in any interaction, tempers can sometimes flare on the job and a fight or flight response arise. And the next thing you know you’re smack dab into conflict,” says Nina Godiwalla, director of diversity and inclusion at international law firm Norton Rose Fulbright. She was formerly chief executive officer of the executive training company MindWorks Leadership. She’s also the author of Suits: A Woman on Wall Street (Atlas, 2011), which looks at the subtle ways Wall Street holds back women.

Conflicts arise when “smart people have different opinions and strong emotions,” she says.

This is certainly true in the engineering space, where engineers have to deal with clients and bosses who may make what seem like unreasonable or impossible design demands, with team members who may have a different idea for a design, or with personnel from other parts of the business, like marketing, who have their own requirements for a project that may differ entirely from engineering goals.

For You: 7 Ways to Move up the Engineering Ladder

The marketing or sales department may be pushing you to get them a magazine-worthy rendering of a new product before the thing is even fully designed. They’re tasked with creating content around that product and the sales department wants to start selling it.

But as an engineer, your goal is to ensure the product will function as required.

In response to conflict, some people become peacekeepers—they cede to those they’re in conflict with—or they try to get others to see it their way and perform as they request. On the other hand, they might step back from the situation with the intention to continue on with the job after the conflict is resolved.

Godiwalla offers a way to deal with on-the-job conflicts that may temper the fight-or-flight response. When you feel attacked, she says, respond with an observation or a question. This disarms the other person and calms the conflict.

Let’s say a marketing person calls to ask when she can expect that rendering. “We have a deadline too, you know,” she says. Here’s what Godiwalla recommends you do.

Take a moment to identify your feelings and thoughts. By shifting your attention there, you focus not on the person or their message, but on your reaction. Then, shift your attention away from the physical sensation you’re experiencing, like sweaty palms, a racing heartbeat, or a surge of adrenaline. That may prevent you from mounting an immediate and angry counterattack.

It also gives you time to think of an observation or a thoughtful question, she says. Rather than barking out,“I’m aware of your deadline,”You can say,“I really believe in the engineering and the marketing process and want both to be the best they can be.”

Or, you might ask,“How can the engineers best help you as we finish testing the product?”

Either response may cause the other person to take a step back and allow both of you to take the conversation in a direction that allows for both points of view. Ultimately, it could help all parties come up with an acceptable compromise.

One thing is certain: Difficult, anger-inducing situations will never disappear from the job of an engineer, even those who strive to do their work and maintain the peace.

“I can’t make difficult situations disappear, but you can change the situation,” Godiwalla says. “You do it by changing your own reaction and by asking a question or making an observation,”

That might be difficult to contemplate, but you could be pleased by the outcome over time.

“The more you practice, the easier it gets,” she says. “As in any interaction, tempers can sometimes flare on the job and a fight-or-flight response arise. And the next thing you know you’re smack dab into conflict.”

Read More:
10 Skills to Transition from Engineering to Project Management
Freelance Engineering? There’s a Site for That
The Rise of the Master of Engineering Management Degree