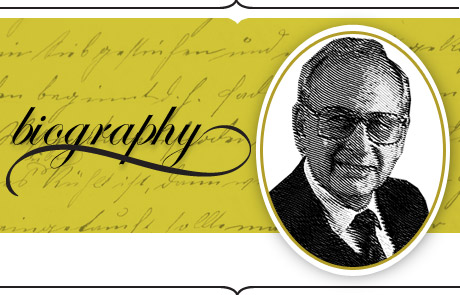 You know the saying, "Those who can, do, and those who can't, teach." If you think it rings true, then you clearly know nothing about the life of mechanical engineering educator Donald N. Zwiep, whose life offers substantial proof that when it comes to doing and teaching, you shouldn't have one without the other.

Donald N. Zwiep was born in Hull, IA, in 1924 to Daniel and Nellie Zwiep, who immigrated from the Netherlands in 1905 and 1907, respectively. He was the youngest of six children, and after completing his secondary school education, he served in WWII as a B-24 pilot and crew commander, completing 59 missions in India and China by the war's end.

Zwiep was awarded an honorary doctorate in 1965 from WPI, an acknowledgment of the leading role he had begun to play in revitalizing its engineering program. Zwiep helped found WPI's management engineering department as a way to reinvigorate an educational environment he and his coauthor William W. Durgin of "Educating Engineering Students in Entrepreneurship" characterized as one in which "each student was essentially an isolated learner and thus did not develop the personal interaction skills, shared learning experiences, or the oral and written communication skills associated with effective professional practice." Chafing against the rigidity of the WPI engineering curriculum, Zwiep and others sought reforms that would produce a new breed of engineer, who knew not only engineering but was also conversant enough with business, finance, and government to pursue engineering objectives that easily fit within a real world context.

In 1970, Zwiep helped WPI continue its evolution with the establishment of the WPI Plan, which significantly changed the degree requirements. An integral part of the effort to return WPI to its original entrepreneurial roots, the plan moved WPI's undergraduate curriculum toward a project-based approach that required students to complete a project in their field of study as well as another related to science and technology that addressed specific societal concern and human needs. Zwiep and Durgin cited the increased numbers of WPI graduate start-ups ranging from garment companies servicing the aerospace industry to biotech firms as proof that their effort to foster "a new breed of entrepreneur" had been a success.

Over the next 20 years, Zwiep further advanced this cause in his role as the advisor to the WPI Project Center, which opened in Washington, D.C., and then in 1982, when he was appointed director and chairman of WPI's Manufacturing Engineering Applications Center. Subsequently, he also served as acting provost and vice president for academic affairs.

Thanks to Zwiep's energy and industry his reputation grew beyond WPI. From 1987 to 1990, he was former Massachusetts Gov. Michael S. Dukakis's appointee to the Board of Directors for the Center of Applied Technology for the Commonwealth of Massachusetts. And upon his retirement in 1990, Zwiep maintained his investment in the educational ideals that shaped his WPI career via his involvement in student projects in London, at the Technical University at Delft, The Netherlands, and at NASA's Goddard Space Flight Center in Greenbelt, MD, and Johnson Space Center in Houston. He was also hired by the Taiwan, Chinese government to review the state of Taiwan, China's technical educational system and was an invited visitor to the Swedish Royal Institute of Technology.

An ASME member since 1947 as well as its president during its centennial year (1979-80), Zwiep, directed some of his reformist fervor to reshaping the Society's rules of governance and worked to strengthen its international ties by forming groundbreaking affiliations with mechanical engineering societies in Indonesia, Japan, and the Philippines.

In 2004, Zwiep received his Honorary Member award, which is conferred on those who have made "distinctive contributions" to engineering, science, industry, research, public service, or other pursuits allied with and beneficial to the engineering profession" in 2004. He was the first person from WPI thus honored. In recognition of his friend and colleague's achievement Durgin said:

"One of Don's greatest strengths is that of planting a seed and then letting events take their course. This ability stems, of course, from his fantastic ability to see opportunities and his unfailing belief in people, especially mechanical engineers. There is no one who exemplifies mechanical engineering education more than Don Zwiep."

An ASME member since 1947 as well as its president during its centennial year (1979 – 80), Zwiep, directed some of his reformist fervor to reshaping the Society's rules of governance and worked to strengthen its international ties.