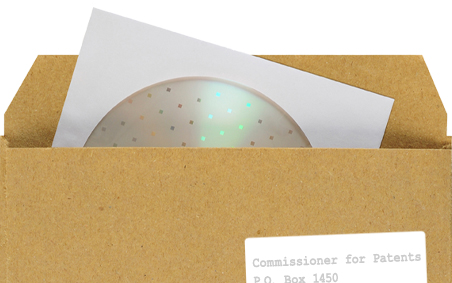 Inventors are often cash poor at the beginning of their efforts to commercialize a new invention and sometimes resort to preparing a patent application for themselves. However, there are traps for unwary do-it-yourselfers, one of them being too much disclosure in the descriptive part of the application, called the specification. This trap is known to catch even somewhat knowledgeable professionals.

There are three kinds of patents, but the one most commonly sought is the utility patent. (The others are the design patent, which covers the appearance but not the works of an object, and a plant patent, for new varieties of growing things.) A utility patent application has different parts—typically, a specification, claims, and a drawing.

These sections help to meet legal requirements for an accurate description of the invention. According to the Supreme Court in an 1878 decision, an accurate description in a patent application is required for three main reasons: The government needs to know what is granted, and what will become public property when the term of the monopoly expires; people who are licensed to use the invention need to know how to make, construct, and use the invention; and other inventors need to know what part of the field of invention is protected and what part is not.

One must be careful, though, in disclosing information.

A patent serves to protect that which is claimed, not necessarily that which is disclosed in the description of the invention. Information disclosed, but not claimed, may have no patent protection at all.

While it is generally true that it is important to be thorough in describing an invention in the specification, being thorough can be a trap because disclosure must also be linked to the claims. If it isn't linked, it may be best to leave it out, unless you want to give it away.

A disclosure that is not also claimed is dedicated to the public and may be used freely without concern for infringing a patent.

A case in point is PSC Computer v. Foxconn, decided by the U.S. Court of Appeals in Washington, D.C., in 2004. It involved Patent No. 6,061,239, issued on May 9, 2000. PSC owned the invention, which was for an improved means of attaching a heat sink to a computer circuit board. When Foxconn introduced a clip made of plastic, PSC sued, alleging that the design infringed the patent.

The specific language in the written description in the patent stated, "The elongated strap is made of a resilient metal such as stainless steel although other resilient materials may be suitable for the strap." The patent specification also noted, "Other prior art devices use molded plastic and/or metal parts that must be cast or forged which again are more expensive metal forming operations."

One might logically conclude, since the specification noted that the strap is stainless steel but that other materials can be used, that the patent covers any strap material. One would be wrong in this case since the claim covering this element of the invention only mentions a metal strap. The patent claims a heat sink retainer clip that includes "an elongated, resilient metal strap." There is no mention of a plastic strap in the claims.

The court explained why a plastic strap is not protected under the patent: "One important purpose of the written description is to provide notice to the public as to the subject matter of the patent, while the claim provides notice as to the scope of the invention. The '239 patent's claim language placed the public on notice that metal clip parts would infringe. Its written description served notice that plastic had been used as an alternative to metal in the prior art, and that the future use of plastic would therefore not infringe."

The law is clear that the written description in a patent helps the public understand what is being protected by the claims by explaining which portions of the relevant art the patent does not cover.

In the 1985 decision of SRI International v. Matsushita Electric Corp., the court's expression was even pithier: "Specifications teach. Claims claim."

A disclosure that is not also claimed is dedicated to the public and may be used freely without concern for infringing a patent.

The Brookings Institution Hosts Conversation on Artificial Intelligence and Policymaking