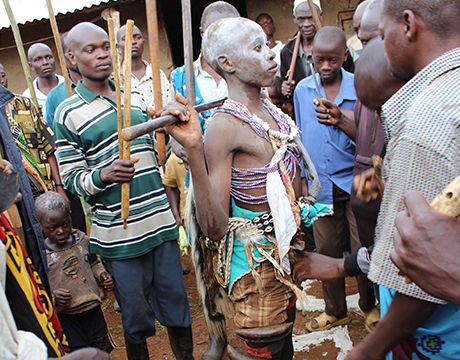 Design Ethnography as an Engineering Tool

Medical tools designed and used in resource-rich places often cannot be used or adapted in resource-poor places. In many cases, completely new devices have to be built. To ensure medical devices meet community needs, understanding the devices' intended users and environments is essential to the design process.

In 2010, an engineering team from the University of Michigan set out to build a safe, hygienic tool that could be used in traditional male circumcision rites in Sub Saharan Africa – specifically, among tribal communities in rural Uganda. Circumcision is considered a right of passage for boys and young men in many parts of the world. It is also known to be an effective medical intervention for preventing the spread of HIV, which affects more than 15 million people on the African continent alone.

In developing the new medical device, the University of Michigan team had to consider how the tradition and cultural significance of circumcision rites could impact the the device's adoption by local communities. The team partnered with Family Health International 360, a non-profit development organization, to integrate community engagement and feedback into its research and design process. Its approach focused on gathering tacit information from local stakeholders' behaviors and actions alongside insights gleaned from traditional investigative methods.

This case study reveals how design ethnography can serve as a useful framework for collecting information from and about stakeholders that is not often obtained through common research and engineering design processes.