Crowdsourcing 9-1-1 for the Developing World

Crowdsourcing 9-1-1 for the Developing World 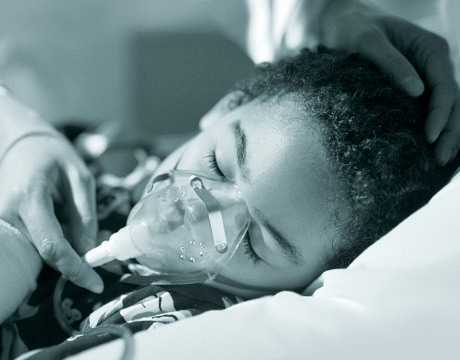 The West Africa Ebola virus outbreak from 2013-2016 was a true human tragedy at a massive, rarely seen scale, killing more than 28,000 people over four years and all but crippling the countries of Guinea, Liberia, and Sierra Leone, among others in the region. With a fatality rate of more than 70% among infected patients, the highly contagious virus is among the deadliest diseases on the planet, and the recent outbreak ranks as the largest Ebola epidemic in history.

The incident also provided the perfect case study for what happens when a community doesn’t have a centralized way to report and respond to emerging threats. It is, in fact, the textbook, worst-case scenario example, with large groups of highly contagious, infected people—many of whom did not even know they were infected until they got to the hospital—left effectively on their own when it came time to find and access medical care.

Had 9-1-1 emergency services, like those available in most of the western world, been available in those communities at the start of the outbreak, the result likely would have been very different, says Jason Friesen, the founder of TrekMedics, a New York City-based nonprofit that is working to improve emergency medical systems in parts of the world where access to care infrastructure is either unreliable or nonexistent.

“As a former paramedic, I can tell you that if I walked into a house and somebody was bleeding from their eyes, ears, nose, and mouth that would set off some flags for me” he says. “We never studied that in any book. If it happened twice in a row, I'm calling up my supervisor. If we saw three patients like that, the whole place would be on lockdown.”

That kind of response, which he says is standard EMS protocol, may not have prevented the Ebola outbreak in the first place, but the disease certainly would not have spread as far and as fast as it did had it been quickly identified and contained at the start.

This type of thinking is informing Friesen’s work with TrekMedics, where he, a paramedic by training who has worked on EMS crews all over the world, and his team are working on a platform called “Beacon,” a new type of open-source, SMS-based emergency medical dispatching system. Designed specifically for communities where ambulance response is irregular or unavailable, the Beacon software leverages the low-tech solution of SMS text messaging to relay information directly from the scene of an incident to trained first responders in the area, all without the need for a traditional emergency response system or even a legacy phone network.

After all, there are currently some 4.5 billion mobile phone users in the developing world, few of whom have access to any sort of emergency services system.

“The 9-1-1 dispatching technologies we use in the United States and Western Europe, Canada, Australia, and a couple other countries, we have been building piecemeal since the fifties,” he says. “But in low- and middle-income countries they don't even have landlines. Not like we do, but they've all got mobile phones. I can tell you, when I was living in Haiti I had a better signal in rural Haiti than I do in Manhattan.”

That fact allowed Friesen and Co. to effectively start from scratch, rethinking the concept of an EMS dispatch system from the ground up. SMS emerged as the best solution.

With the Beacon platform, a victim or someone with them can simply text their information to the system where it is routed to the nearest available EMS provider, who can then quickly locate, treat, and transport the victim to the hospital. The over-the-top system leverages software developed in partnership with Vision Point Systems, which mimics the dispatching technology used by many municipalities, stripped down to function as a scalable, text-based solution. Capable of supporting both smartphones and more basic models, the freely available, open source system works with or without Internet access and all of the control features on the dispatch side are automated upon setup, eliminating the need for ongoing maintenance or oversight. And, by working side-by-side with existing civic networks, where available, the platform also enables communities to unite their divergent emergency services providers to provide better care across the board.

“In a city like Dar es Salaam, Tanzania, for example, the fire department has a number and the police have a different number,” Friesen says. "You can call them and you can contact people if they are at the station and answer the phone, but they don't communicate with each other at all. They are like islands. We are building a software platform that you can use anywhere. So in a rural area that has nothing you can now coordinate all the resources, all the vehicles and responders, whether they have an ambulance, or a bike, or are on foot, or quite honestly an animal. If people are using donkeys, it’s because that's probably the best way to access that particular community.”

Solutions like the software that TrekMedics is working on also open the door to new applications in the US and Canada, as well, including data mapping and analytics for emergency managers.

As it stands right now, every time someone calls 9-1-1 in the US, the dispatcher marks their location on a map and calls for the applicable EMS provider. Typically, this information is siloed within each agency, where it sits largely unused. Once software is available to aggregate this data, however, the analytics possibilities could be significant.

City managers could soon be able to track and identify where in their communities the most car accident injuries occur and then take steps to fix the problems at those sites. Or maybe a certain area is experiencing slower than normal fire department response times due to poor road design and a lack of nearby fire houses. Once identified, those problems could be addressed as well.

“The possibilities are very exciting,” Friesen says. “We don’t even have this stuff in the United States yet, to be honest.”

The 9-1-1 dispatching technologies we use in the United States and Western Europe, Canada, Australia, and a couple other countries, we have been building piecemeal since the fifties.Jason Friesen, founder, TrekMedics