Crossing the Valley of Death

Crossing the Valley of Death 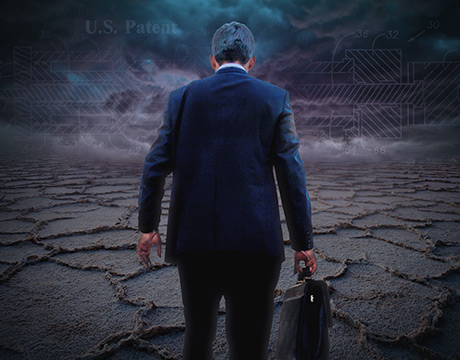 As Mechanical Engineering magazine celebrates five emerging technologies this month, we should pause to consider how difficult it can be to get a potentially good idea from the laboratory to the marketplace. A classic example of this difficulty is the humble Post-it note.

The engineer and inventor Art Fry worked for the 3M Company, which allowed him to engage part time in intrapreneurship—meaning that in addition to doing his assigned work he was free to pursue his own research and development ideas and then attempt to promote them within the company. Fry employed a supposedly failed product off the laboratory shelf to give bookmark-size slips of paper the ability to remain in place yet be easily removed after they had served their purpose.

When Fry approached his superiors with his invention, the novel idea was not received with much enthusiasm. The market for sticky bookmarks did not seem to be very promising, and the idea that people could use what came to be known informally as “little stick ums” and “sticky notes” to write reminders and attach them to everything from refrigerator doors to appointment books seemed outlandish. After all, why would anyone pay for pads of a manufactured product whose purpose had long been served by recycled scraps of paper cut or torn from larger sheets?

Fry persistently pushed the idea until 3M relented and test-marketed “temporarily permanent” stick-and-remove notes, pads of which were distributed free to customers of other office products.

Before long, based on requests to reorder supplies of the notes, it was clear that the little slips of colored paper backed by a strip of so-called unglue “met an unperceived need.” Secretaries and other office workers found all sorts of uses for what came to be called Post-it notes, and as it is said, the rest is history for the immensely successful product. But the process spanned about a decade.

If an intrapreneur like Fry had to work with such determination to achieve success within his own company, imagine how difficult it must be for an independent inventor to sell an idea to a large manufacturing firm. Not only must the “not invented here” syndrome be overcome but also the outright risk of having a very good idea become adapted—some would say stolen—by a company without recognition or remuneration of the inventor.

Stories are legion of lone inventors, having succeeded in getting their foot in the corporate door to demonstrate their invention, only to be disappointed in it not being embraced, and to find later their idea incorporated into some successful big-firm product. It is like rubbing salt in the wound of rejection.

The example of the intermittent windshield wiper falls into this category. Its inventor, Robert Kearns, encountered rejection at all the Big Three automakers. He found vindication, however, when patent infringement lawsuits against Ford and Chrysler were decided in his favor for tens of millions of dollars.

My books on invention and design have prompted many part-time inventors to approach me with their clever ideas, asking, “How can I get this to the marketplace?” They tend to know the stories of products like Post-it notes and the intermittent windshield wiper, but the potentially long and arduous path from invention through rejection to vindication does not discourage them. Some of my discussions and correspondence with these inventors has spanned well over a decade, during which time they have continued to work on and improve their product. Many have produced prototypes, and my bookcases and file drawers are full of artifacts that demonstrate the never-ending ingenuity of the inventive mind.

Of course, it is not just small office or consumer products and subcomponents of larger systems that are the stuff of legend and lesson. And getting an idea—good or bad—from the laboratory to the marketplace is no guarantee of commercial success. Perhaps the Edsel, the automobile with the vertically dominant grill centerpiece and push-button panel for gear selection, is among the most notorious failed automobile models.

Edsel was the name of Henry Ford’s son, who served as president of the Ford Motor Company from 1919 (he was in his mid-20s at the time) until his death in 1943. Edsel had tried to convince his famous father to depart from the perennially conservative design of the Model T, but even a member of the family can have difficulty introducing new ideas into a company with an old mindset. It was mostly changing conditions—Ford was losing market share—that led eventually to Edsel’s Model A being introduced in 1927.

The younger Ford also injected into the company’s line the Lincoln and Mercury, the latter being named by Edsel himself. But what’s in a name?

In the mid-1950s, when Ford was seeking a name that was “more than a label” for a new automobile, the company asked the poet Marianne Moore to make suggestions. Over the course of several weeks she offered more than 40 possibilities, ranging from the rhyming Ford Silver Sword to the risible Utopian Turtletop. None of her suggestions were taken. The new car was, instead, called the Edsel.

But that name for an automobile—even one made by Ford—may have been a marketing mistake. While the name Edsel may have been revered among some Ford decision makers, it was generally met with quizzical disregard by the car buying public. What’s an Edsel? Is it as reliable as a Lincoln or as fast as a Mercury?

Another transportation story involves something that was widely hyped and anticipated as a means to change the way people move altogether—not only an invention but an innovation. As the time drew near to unveil the transformative device whose exact nature and name was held in strict secrecy, publicity and curiosity mounted. The innovative machine, developed from the self-balancing technology that made the iBot wheelchair able to climb stairs and raise its rider to eye level with a standing person, was code-named It and Ginger. The Segway, as it officially came to be known, was to be manufactured by an independent, dedicated company, which is another way to get an invention to market. But countless snags—technical, legal, and cultural—doomed the novel two-wheeler from achieving its full promise.

The Segway is among the products now on display in the recently opened Museum of Failure in Helsingborg, Sweden. Other exhibits include New Coke, which was an embarrassing effort to sneak by consumers a revised formula for a revered old soft drink, and the Betamax system of videotape recording. Superior in reproduction quality to what is known as VHS, the Betamax lost out to VHS by sheer marketing firepower. As with New Coke, you can lead consumers to market, but you can’t force them to buy.

Among other product failures on display at the Swedish museum are the Bic for Her ballpoint pen and Harley-Davidson perfume, whose names should be as self-explanatory as their reasons for failing. Corporations, like people, can be guilty of overreach, being greedy to add new products when the market share of their flagship products plateau, decline, or even tumble off a cliff. Such experiences with seemingly promising products, whether invented within or outside the company, can lead to overly conservative corporate behavior when it comes to subsequent proposed products.

Just as the success and failure of products tend to follow cyclic paths—inventions being improved until they are over-improved, providing valuable lessons in their failure for renewed success—so can corporations move from open- to close-mindedness and back again as they welcome and then reject new ideas. Depending upon where inventors and staff researchers and developers alike catch a company in the cycle, they may or may not find it easy to sell their hoped-for innovations to the marketers and decision-making executives.

Henry Petroski is the Aleksandar S. Vesic Professor of Civil Engineering and a professor of history at Duke. His latest book, The Road Taken: The History and Future of America’s Infrastructure, has recently been issued in paperback.