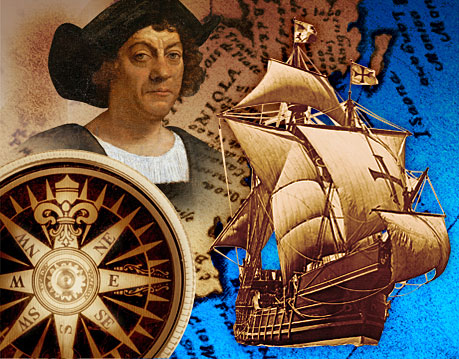 At a time when world maps still warned of dragons and sea serpents to the west of Europe and even routine fishing trips could become life-and-death affairs, to say that setting off from Spain on a sea voyage across the Atlantic Ocean required nerves of steel would be a serious understatement. To say that accomplishing the voyage successfully required the most cutting edge technology and engineering humanity had to offer in the late 15th century might be even more of one.

Yet sailing due west across the turbulent Atlantic is just what Cristoforo Colombo – or Christopher Columbus as he is known to English speakers – did when he and his three-ship armada set off due west in August of 1492.

It is no secret that in modern pop culture Columbus has become a political lightning rod for many, yet in all the controversy surrounding him, the world may just be losing sight of what an astounding accomplishment his three voyages were, and how they set the stage for the modern world that was to come. Intestinal fortitude aside, the technology and engineering required to successfully cross the Atlantic were simply unparalleled in the time.

Of course Columbus had studied math, celestial navigation, and map-making by the time he set off on his first journey. But, says Mark Gist, historian at the Columbus Santa Maria, a museum-quality replica of Columbus’s flagship in (appropriately enough) Columbus, Ohio, “The most obvious piece of technology was the ships. The Atlantic has strong storms and a ship built to take them [had to be] stronger than any other ship in use at the time.”

Designed and engineered to be sturdier than any other ships of the day, Columbus’s ships could withstand punishment at sea that would have wrecked most contemporary ships. Gist goes on to describe how Columbus’s boats were also designed and engineered for different purposes, complementing each other as they made the journey to the West Indies. “The Santa Maria was a type called a Nao. The other two ships were Caravels, which was a better ship for a voyage of exploration. The caravels were faster and could sail closer to the wind.”

Columbus’s ship theSanta Mariathen, at 98 feet long, was large enough to carry provisions for such a long journey – along with the anticipated cargo that would be brought home – while the Nina and Pinta were sleek and fast enough to speed ahead and make the journey quickly, which the Pinta did when it left behind the slower Santa Maria once land was sighted.

Both types of vessels also would have used lateen rigging, which was a type of sail that attached to a spar and allowed for increased capabilities. The lateen rigging rose better toward the wind and was far more maneuverable, while also allowing tacking close to the wind. This meant that no matter which way the wind was blowing, Columbus’s armada could continue to plow ahead.

Another technological advancement that was critical to Columbus’s journey was the weaponry onboard. In 1492, gunpowder was still a newer development, so the fact that his ships were equipped with cannons on mechanical swivels made them virtually indestructible. Thus, his crews had little to fear from pirates or hostile navies, as few would dare to attack such a fleet, knowing it would mean certain defeat.

Even the goods Columbus brought with him to trade in the Americas were chosen for their technological superiority, and just as he hoped, they became highly desirable once trading began. “He knew that beads and knitted caps had been successful in the African trade so he brought a large quantity of these,” says Gist. “No one in America was able to produce the green and yellow beads like the ones that Columbus had and sheep were unknown in the Americas, so wool was a novelty.”

On his historic journey, Columbus benefitted from courage, ambition, and of course, his yearning for power and wealth. Yet more than anything else, he benefitted from technology that was far ahead of its time. Ambition and drive will take you far, but in order to sail the ocean blue in fourteen hundred and ninety two, Columbus needed engineering.

For Further Discussion
The most obvious piece of technology was the ships. The Atlantic has strong storms and a ship built to take them [had to be] stronger than any other ship in use at the time.Mark Gist, historian, Columbus Santa Maria