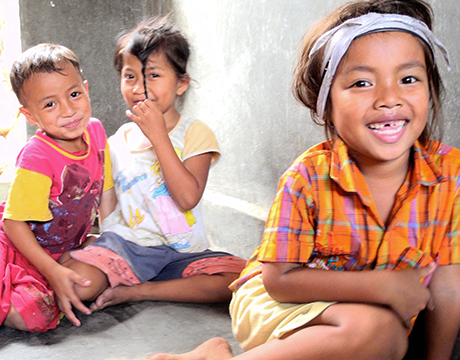 Since 2010, tens of thousands of households in and around Jakarta, Indonesia have had access to clean water and sanitation facilities because of the development organization Mercy Corps. The organization installed brightly colored latrines and hand-washing stations in 16 poor neighborhoods as part of a goal to curb preventable illnesses like diarrhea, which is a major cause of child malnutrition and mortality in the city.

Recognizing that access to facilities only solved one part of the problem, Mercy Corps also launched a behavior-change campaign to encourage latrine use and improve hand washing practices.

Two years on, Mercy Corps wanted to understand whether communities were responding to the program. Traditional field surveys were the standard approach for this kind of program evaluation, but the team was concerned about participant bias and overstatement of success, which are common issues with survey-based feedback.

To collect more objective data on latrine use and hand-washing, Mercy Corps outfitted its facilities with motion detectors and water usage sensors developed by Portland State University. The aim was to determine whether instrumented monitoring could be effectively and inexpensively used alongside qualitative feedback channels to establish a more complete and accurate picture of how and when the facilities were used and to help direct program modifications in the future.