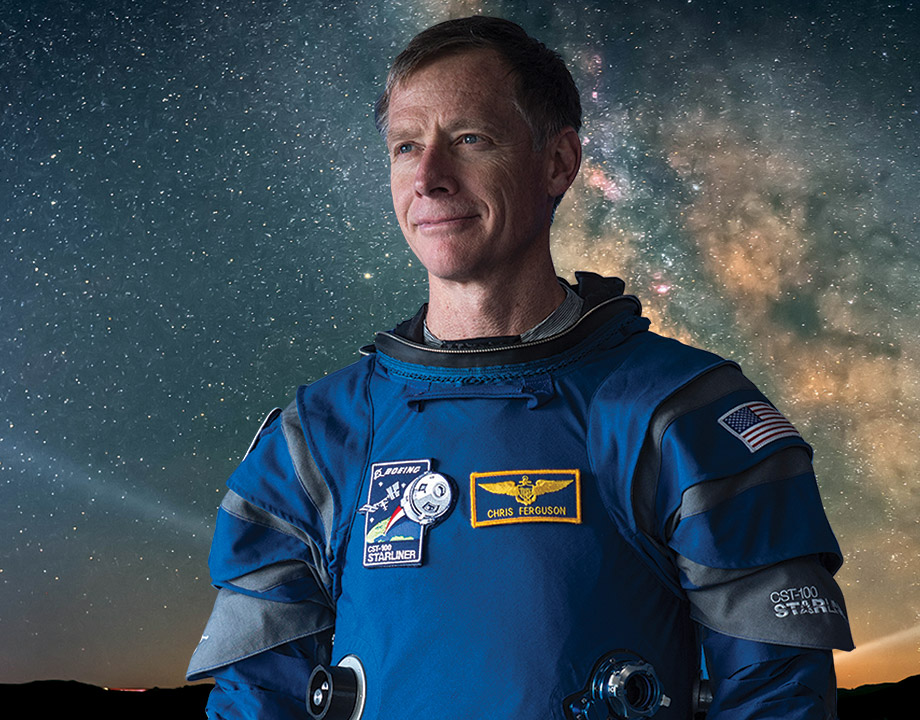 Chris Ferguson: A Pilot for the Next Chapter in Space Exploration

Christopher J. Ferguson is a retired Navy captain who piloted Space Shuttle Atlantis for STS-115, and commanded Endeavour on STS-126 and Atlantis on STS-135—the final flight of the Space Shuttle program. Ferguson has been an integral part of Boeing’s CST-100 Starliner program since retiring from NASA in 2011 and will be the first corporate astronaut to fly a commercial crew spacecraft. Ferguson holds a Bachelor of Science degree in mechanical engineering from Drexel University and a Master of Science degree in aeronautical engineering from the Naval Postgraduate School.

Q: Did you ever think you would fly in space again?

C.F: Absolutely not. When I landed STS-135, I thought my spaceflight days were done. I was satisfied with my career, but when Boeing came knocking, I couldn’t refuse the opportunity to help build—and perhaps fly—the next human-rated spacecraft since the Space Shuttle.

Q: Can you describe the moment when you first tested the simulator for the private spacecraft?

C.F: I had a hand in designing the piloting displays and console, so I had an idea of what to expect. The console design is much different than the shuttle, we’re talking dozens of switches and dials versus hundreds. But it was great to be flying a simulator that was the creation of a small team of highly talented engineers. 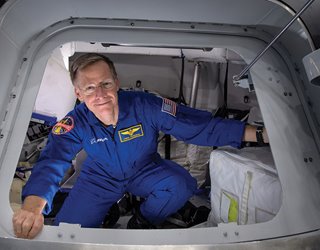 Ferguson is set to pilot the Starliner on its maiden flight to the International Space Station. Photo: Boeing
Q: Besides being the pilot of the test flight, how else have you been involved with the Starliner?

C.F: I don’t want to take more credit than I deserve, because I lead a fantastic team. We’re responsible for just about anything the crew does in or with the vehicle. This includes figuring out flight procedures, control interfaces, training methods, how we get in and out in nominal and off-nominal scenarios, and even how we suit up. It’s been extremely rewarding, especially given the fact that it’s been decades since anyone has had to figure out how to work like this in a new spacecraft.

Further Reading: How Engineers Put Astronauts on the Moon

Q: What were some of the key challenges in the design and development of the Starliner?

C.F: Starliner is designed to fly its entire mission profile completely autonomously. That presents its own set of challenges as the flight software, avionics, docking sensors, and your propulsion, reentry, and landing systems all have to work completely independently without human input. Manual controls are there as a safety valve. If the system is doing something it’s not supposed to, we can take over. Integrating the autonomy and manual control has been a challenge.

Q: What is the future of human space travel?

C.F: We like to compare the current human space-flight atmosphere to early air travel. First, government was the main customer that utilized airplanes, which led to commercial industry stepping in when both the technology was mature and economies of scale were ready to drive down cost. I think we’re close to that point now. Through Starliner, we’re on the front end of commercial industry truly standing up and taking on human spaceflight on its own.

Q: Who inspired you to become an astronaut? Do you have any advice for young engineers?

C.F: I never set out to be an astronaut, but as I worked my way through the Navy, flying F-14s, and then graduating from the Naval Test Pilot School, I was always looking for the next challenge. Some of my colleagues in pilot school were applying to be astronauts. I thought I’d throw my hat in the ring, and while it took me a couple tries, I made it, too.

For those trying to become astronauts, there’s the obvious advice of stay in school and work hard, but I think even more important is to do what you love and don’t give up. Even if you do everything right, circumstances out of your control might not work out in your favor. As long as you keep your chin up and can go back to a job you enjoy, you’ll be successful wherever you end up.