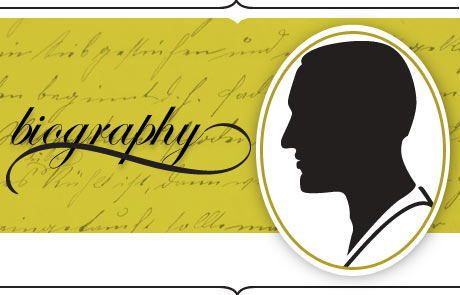 ASME's 19th president, Charles Hill Morgan (1831 – 1911) was integral in the mill industry. According to the website of Worcester Polytechnic Institute: "The inventions of Charles Hill Morgan and other Morgan engineers (many WPI graduates) made rolling steel and other metals into bars and wire far more efficient and safer. Morgan mills and innovations like the Morgoil bearing can be found around the world."

Charles Nutt, who wrote the ebook History of Worcester and its People, says at the age of 15, Morgan worked in his uncle's shop, where he picked up mechanical drawing. But his work ethic is reported to have started earlier than that, as the New York Times obituary stipulated that he began working in a mill in Clinton, MA, at just the age of 12.

Nutt said it was with the Lawrence Machine Company that Morgan went to install a steam engine in Worcester—this was a key to the early stages of his relationship with the town and this type of machine. He became a consulting engineer with the American Wire Company, allowing him to focus on one of the main materials he'd use throughout his career. In 1888 he created the Morgan Construction Company, and Nutt said he manufactured rolling mill machinery first then later added wire drawing and hydraulic machinery.

He was also a vital inventor in the area of elevators. According to theelevatormuseum.org, "In 1878 Charles Hill Morgan patented a direct-action hydraulic elevator and installed the first such type in the Washburn & Moer Wire Works in Worcester, Massachusetts."

According to Lee Edward Gray's ebook, From Ascending Rooms To Express Elevators, Morgan's work on hydraulic elevators consisted of self-contained system water needing to operate the elevator. The water went back and forth between the two cylinders, like a compression tank for the elevator. Steam pushed down on an internal piston which forced water out of the bottom and into the elevating cylinder. Going down through a valve opening release steam, the weight of the platform forced the water from the lifting cylinder back into the reservoir cylinder.

His New York Times obituary stated that Morgan was a founder and trustee of the Worcester Polytechnic Institute, at the time known as the Worcester County Free Institute of Industrial Science. Also noted was, as president of ASME, he arranged a joint session with the Institute of Mechanical Engineers of Great Britain.

Morgan's legacy beyond ingenuity resides in the area of philanthropy. Beginning with him, generations sat on the board of the Worcester Polytechnic Institute and made sizable contributions, including spearheading a $2.1 million endowment in 2010.

Morgan's Company continues today, purchased by Munich, Germany-based Siemens for roughly $130 million in 2008. Near the time of the sale, it was reported to have roughly 1,000 employees worldwide and to have installed more than 400 mills.

The inventions of Charles Hill Morgan and other Morgan engineers made rolling steel and other metals into bars and wire far more efficient and safer.

The Latest Trends in Mechanical Engineering