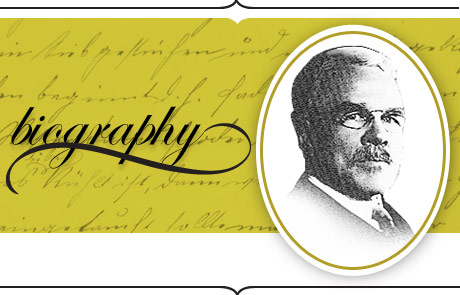 Almost a hundred years ago, Charles Gordon Curtis (1860-1953) revolutionized steam power and enabled inexpensive electricity to be created on a massive scale. This civil engineer turned patent attorney turned entrepreneur/engineer/inventor benefited from having someone else market and manufacture his ideas, freeing him up to accomplish even more in other industries.

Born in Boston, MA, in 1860, Curtis attended Columbia University, New York, graduated with a civil engineering degree in 1881, and went on to achieve his law degree at New York Law. He started his own patent law firm and worked as a patent attorney for eight years before he partnered with friends Charles Crocker and Schuyler S. Wheeler to form The Curtis, Crocker, Wheeler Company with the intention of making and marketing the first electric appliance motors and fans.

According to Cassier's Engineering Magazine of 1901, these small electric motors worked with the same principles that larger dynamos did, giving Curtis a valuable exposure to the power industry he would soon serve. It was not long before Wheeler left, so Curtis co-partnered with Crocker, forming the C&C (Curtis & Crocker) Electric Motor Company, creating C&C Motors for five years.

Curtis then pursued his own direction in the new field of steam turbines, forming the Curtis Electric Manufacturing Co. and serving as president. It was there that he invented a steam turbine that offered size and weight improvements over the reciprocating engine/generator combinations used at the time to produce power.

His invention, the Curtis Steam Turbine, was a two-stage, multi-speed impulse turbine, and its principles are still used today. Velocity compounding impulse turbines use "Curtis Staging" that makes more effective use of the energy present in the steam.

In 1896, five years after it was patented, Curtis sold the rights to the turbine to General Electric. An agreement with GE in 1897 allowed Curtis space and personnel to develop the turbine for commercial use, and GE the rights to manufacture the turbines. He continued working at GE for three years directing turbine development.

GE used Curtis turbines and steam generators in power plants to generate massive amounts of inexpensive electricity. The electric power supply industry grew at an unprecedented rate during 1900-1920, thanks to the Curtis vertical steam turbine.

Curtis received an honorary M.S. degree from Columbia in 1907. Shortly after, he won the 1910 Rumford Prize, one of the oldest scientific prizes in the U.S., recognizing contributions to the fields of heat and light, for his steam engine work.

Curtis continued to pursue technical accomplishments that were valuable to industries outside of steam. In 1914, he filed the first patent application for a gas turbine, and was recognized in 1950 for his gas turbine work with ASME's Holley Medal. Later, he worked on torpedo propulsion, and in 1930 patented the "Curtis Scavenging" system for removing burned gases from cylinders in two-stroke diesel engines.

Despite the great things he did outside the steam industry, it is his work in steam for which he is most remembered. The Pratt Institute Power Plant in New York is the oldest continuously-operating, privately owned, steam-powered electrical generating plant in the country. A 1909 GE Curtis turbine is still one of several turbines periodically operational there today, producing steam, turning, and blowing steam-powered whistles every New Year's Eve, a fitting tribute to one of the greatest engineering achievements of the 20th century.

The electric power supply industry grew at an unprecedented rate during 1900 - 1920, thanks to the Curtis vertical steam turbine.