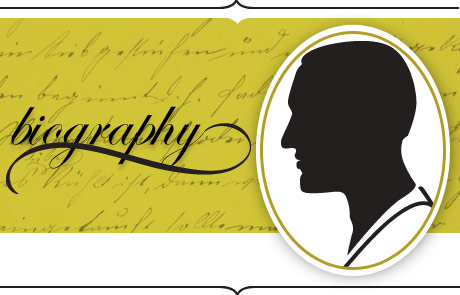 How focused is your career? The career of Charles W. Copeland (1815-1895) took a straight and narrow path. After being educated as a draftsman in Connecticut in the early 1800s, he worked at his father's engine and boiler company, where he learned about machinery, tools, boilers, and the steam engine trade. He became an engineer at New York's West Point Foundry, the foremost iron plant of its kind.

His engineering career focused on the forefront of modern steamer and engine design for many years, and his designs advanced many aspects of steamships, steam engines, transportation, navigation, safety, and marine research and fishing over the next century.

Working at West Point Foundry, he designed the first iron hulls ever used in steamers in the U.S. The steamer called Siamese, which worked on Lake Pontchartrain in Louisiana, had two iron hulls and two engines turning a single paddle wheel between them.

He also designed steamers and engines for the Long Island Sound, the Harriet Lane, and multiple businesses in California. He designed steamers used on Lake Erie, and his ferryboats were considered marvels at the time.

Copeland designed machinery for the Fulton, the first steam vessel used by the Navy, and the first iron steamers used for naval service. He also designed their "Mosquito Fleet" steamers that served in the Mexican American War. Although he designed and built marine engines for naval steamers and served as a consulting engineer for the Board of Navy Commissioners, he was never in the Navy.

He was the first to implement many new steam engine improvements, and according to Professor R. H. Thurston of the Stevens Institute of Technology in his 1883 book, A History of the Growth of the Steam Engine, "a considerable number of the now standard details of steam-engine and steamboat construction were devised or introduced by Copeland." He invented independent engines driving blowing fans, bilge-injection that used a condenser and air pump to pump water out of the inside of a ship when leaking seriously, and a modified double-poppet valve with an improved shape.

The side-lever steam engine developed for the steamer Pacific was the earliest and the first to use wrought iron framing. This engine was considered the "best example of its type" by Thurston in his Popular Science article from 1878, The Growth of the Steam Engine.

During the Civil War, Copeland designed fleets that could operate in the shallow waters of the South. His "double-enders" enabled navigation of the river channels there. Later, he continued to design steamers for the New York Transportation Company and The United States Lighthouse Board. Boiler explosions were common in steamboats during the early 1800s, causing thousands of deaths. In 1838, a law was passed that required boilers and engines to be periodically inspected for safety, but continuing accidents proved the inspections to be inadequate. The Steamboat Bill of 1852 went before Congress and Copeland was called to provide his opinions about the plans in the proposed law, which was unanimously passed. Copeland was appointed the first supervising inspector covering the New York territory and served in this capacity for almost a decade.

Further changes in the steam power industry were spurred by continuing boiler explosions in other parts of the country, including the Sultana Riverboat in 1865 that took more than 1,000 lives. Among the changes was the formation of the ASME. Copeland suggested the society's name, and his participation as a founding member brought perspective to the group that took into account the issues of steam engines used in navigation. These changes eventually led to the formation of codes and standards, reducing boiler accidents and saving lives.

Copeland also designed a floating hatchery ship for the Fish Commission called the Fish Hawk, which collected fauna off the East Coast and could dredge in medium depth waters. It was so capable a ship that in the early 1880s, Copeland was requested by the Fish Commission to design another research vessel. This resulted in the steamer Albatross and the two-cylinder steam engines that powered it.

This state-of-the-art ship was the first large research vessel anywhere in the world, and the first to have electric lights aboard. It was the best equipped ship for deep-sea dredging, helped explore known and new fishing areas, and changed how fish biology was studied from "collection and dissection" to a more integrated approach. His vessel helped study possible causes of dwindling food supplies in the Atlantic in the late 1880s, enabled the largest marine naturalist collection to be collected, and served worldwide for more than 40 years, outliving its designer by more than a quarter century.

Copeland designed machinery for the Fulton, the first steam vessel used by the Navy, and the first iron steamers used for naval service.