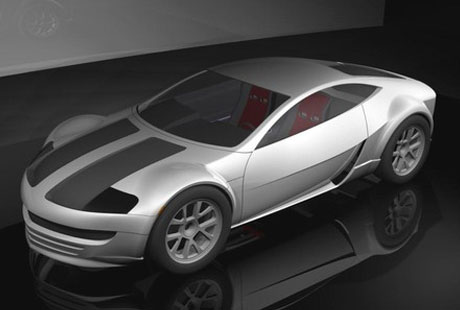 Car Designing: Past and Present

Jeff Teague, an automotive designer and the son of the renowned industrial designer Richard A. Teague, has been around car designs his whole life. That can be attributed to his father, who became a higher-up in styling for Packard and Chrysler in the 1950s. Now, having designed for Volkswagen, Mitsubishi, and many others himself, Teague doesn't long for the vehicles of his father's days. In many ways, he can't even recognize them.

"Major changes happen every 10 to 12 years," Teague says. "Now we're looking at environmental cars and trying to match electric cars with designs that make sense. Everyday cars that can go 100 miles a gallon….Don't overlook it, it might be just eight years away."

But is Teague overlooking what cars used to mean in comparison to today? Maybe you'd be glad it wasn't your father's Oldsmobile, but would you feel the same way about most of the other makes? After all, American Graffiti helped revive the classic car shows for a reason—because people instantly remembered how individual so many vehicles were. It's hard to imagine the same kind of nostalgia for some of today's cars.

Teague will admit some had their merit. "I was just speaking at the Packard International Club and I was pretty impressed by the old Packard Caribbeans," he says. "I don't think today we could reproduce those cars. The complexity of all the materials; could you imagine gluing these cars together with a 5,000-pound body, the wheelbase, the width of a big, fat sedan?"

We've looked to the past but what does the future hold? Well, you can build a house how you want it, why not a car?

"It takes half the time it once did to get a car off the ground," Teague says. So what's speeding up this process? "It's definitely the software," says Teague, who primarily uses Alias. "I am now learning Solidworks and also Rhinoceros. They are great programs that make design and engineering that much faster."

According to Teague, the entertainment of designing cars could really become a reality for a fast concept sketch to CAD. "It takes me about a week to 10 days to get good surface data. The other advantage is for reverse engineering," he says.

"People's personal taste will be so much more important. Look at the Smart Car, the different panels you can get. Interiors will be designed like your living room—how you want it. Even three-wheel design is becoming big because you don't need to worry about the DOT [Department of Transportation] specs."

Teague is particularly impressed by the buckypaper super-lightweight builds using nanotechnology. "It's different material—wide as paper but 500 times stronger than steel," he says. "Imagine what kind of power you can get with that!"

As long as they're in the early stages, electric cars and the batteries still have to be seen as a problem due to weight, a problem about which Teague remains optimistic. "But it's just a matter of time," he says. "Green vehicles will be 100% green and will run on plastic. But when continues to be the question," he laughs.

The entertainment of designing cars could really become a reality for a fast concept sketch to CAD.Jeff Teague, automotive designer