CAD: Not Just for Engineers

CAD: Not Just for Engineers 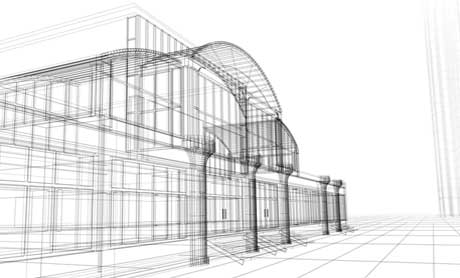 The CAD programs that engineers use every day for highly technical design and implementation of engineering concepts have other, far flung uses. Fashion designers, video game creators, landscapers, and interior designers have used the programs to make their work more efficient, and more transparent to their clients.

Kathy Dickinson, for instance, has knit, sewn, and crocheted clothes for dolls since she was a child. As an adult she started a small home-based business selling vintage patterns. Her business, Halea’s Doll Clothes grew steadily from her home in Averill Park, New York, helped along by the rise of the internet, which gave doll lovers the world over a new means to find each other. Unfortunately, though, a series of seizures left her with trembling hands.

"I used to be a really good artist, but now I can't hold a pencil without a problem," Dickinson said.

She found a CAD program that that she thought could help her produce her miniaturized dresses. "I can draw basic things, though on the shaky side, import them into TurboCAD, and hold a mouse to clean them up," she said.

To create her designs, she first draws a preliminary pattern with pencil, then cuts it from paper and drapes it on her intended doll. If it drapes correctly, she imports the design to create the first simple pattern. She can then adjust for the amount of material that will accommodate the seam, called a seam allowance. "If you're good, it should only take you a couple of tries," she said.

Alfred Kypta, of Lewiston, Maine, had a head start on Dickinson—he worked with CAD for years as an electrical engineer. So it was only natural for him to turn to CAD for his other passion: designing and making jewelry.

Kypta has since started a retail jewelry business, where he continues to design and produce custom pieces, like rings or brooches, mainly from gold, silver, or platinum. He first draws the piece—as he envisions it—in two dimensions in the software system to specify exact dimensions. He then creates a three-dimensional model from the 2-D drawing.

"The 2-D is for when I actually build the piece. It's like building a house," he said. "You have the 2-D blueprint and you construct the house from those drawings."

Kypta uses the 3-D model as a preview for potential customers. "It's amazing how, when people see what they'll be getting, it's so much easier to sell the piece," Kypta said.

CAD, of course, is an essential tool for architects—not only for straight office buildings, but for quirkier projects as well.

Take the aquarium project undertaken by the design firm Chermayeff, Sollogub, and Poole (CSP). The firm used Architectural Desktop software from AutoDesk, as well as the AutoCAD program more familiar to mechanical engineers, to design a 60,000-square-foot expansion to the National Aquarium of Baltimore. The expansion will include a habitat for crocodiles, fish, and birds indigenous to Australia, as well as space for retail stores and a restaurant.

To design the Iowa Rainforest Project, the 600-foot-long greenhouse-style building in Coralville, Iowa, the firm used an Autodesk offering called Autodesk VIZ, which allowed them to visualize how the final project would look. "A project of that size requires an image of equal impact," said Tom Jin, Associate with CSP. "Visualization was previously a four-step process. Designers and graphic designers constructed wire frames, then traced, scanned, and rendered them. Now, a single designer can generate stunning views."

All kinds of people, both within and outside of the engineering industry will continue to come up with new uses for CAD. The next time you call up your computerized part assembly, there very well may be some chic fashion designer simultaneously firing up the same program for a wildly different purpose.