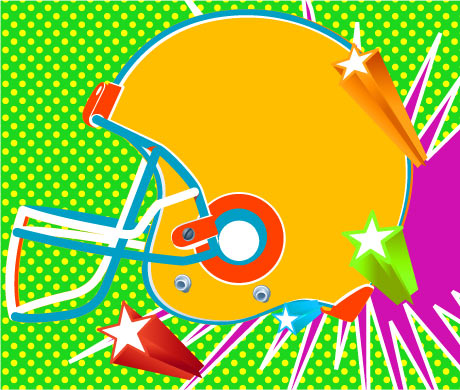 The Schutt DNA Pro+ and Riddell Revolution Speed helmets are among the preferred choices in collegiate and professional football. Each is the end product of in-depth research and development at two of the most recognizable sporting goods companies in the United States. Both the DNA Pro + and Revolution Speed are designed to exacting specifications for safety and durability, and each helmet is certified by the National Operating Committee on Standards for Athletic Equipment (NOCSAE). They are comparatively priced.

But one of the football helmets, the Speed, receives a higher rating in tests assessing the capability to protect against concussion. The differences among the helmet models could be a determining factor in purchase decisions on the part of players and team personnel, particularly in view of the increased awareness of concussions and head trauma injuries in football.

The ratings are compiled at Virginia Tech, which for the last two years has been evaluating many of the popular helmet designs in an elaborate testing laboratory run by research experts in biomedical engineering and injury biomechanics. Based on the success of the research program, Virginia Tech is considering extending the testing program to helmets used in baseball, lacrosse, and other competitive sports.

The research for football helmets involves monitoring head impacts in addition to the lab tests on helmets. Since 2003, the researchers have been collecting and analyzing data from head impacts sustained in practice sessions and games by selected members of the Virginia Tech Hokies football team. "We instrument each helmet with an accelerometer that monitors the head impacts experienced by a player during the course of a football season," says Steven Rowson, assistant professor in biomedical engineering at Virginia Tech.

The data collected provides the basis for methods used to evaluate helmets in the lab. In the tests, a head-form instrumented with the accelerometer and equipped with the test helmet is attached to a carriage positioned at the top of a twin-wire drop tower. A mechanical quick release allows free fall of the carriage and helmet, which strikes a padded steel anvil at the base of the tower. Rowson and his team put each helmet through a variety of drops, each one distinct according to impact location (front, rear, side and top) and drop height. Linear head acceleration is measured via the accelerometer in the test helmet, and the data is collected and analyzed.

"We can calculate an incidence of concussion by knowing how frequently each drop configuration is experienced by players, and the probability of injury associated with the head acceleration generated from the drop," explains Rowson, who spoke on the subject at the ASME 2012 Summer Bioengineering Conference in June. "These values are then summated to produce an overall prediction of the number of concussions a player will experience over a full football season while wearing a given helmet."

The Virginia Tech testing methodology, named STAR (Summation of Tests for the Analysis of Risk), assesses the overall ability of a helmet to reduce the probability of concussion. The researchers apply a complexity of mathematical equations and computations derived from real-world biomechanical data collected from on-field head impacts. The results of the assessments are reflected in the STAR values assigned to popular models of football helmets, and made available for public consumption. Rowson and his research colleagues have carried out measurements on more than 165,000 head impacts.

"The purpose of our program is to provide quantitative insight into the protective performance of football helmets against concussions," says Rowson. An objective of STAR, he says, is to provide sporting goods manufacturers with a set of criteria for helmets that reduce the probability of concussion.

Efforts are currently underway at Virginia Tech to expand the STAR evaluation system to other sports, such as baseball. Given the unique dynamic in which a batted or thrown baseball impacts a helmet, the testing methodology in baseball will differ from the established system used in football. For example, projectile tests, rather than drop tests, would be performed in the evaluation of baseball helmets. Says Rowson: "While we have developed methods to test baseball impacts, we need to better understand the exposure to head impact in this sport prior to implementing an evaluation system for baseball helmets."

In addition, Rowson and his colleagues have turned their attention to youth sports, particularly youth football. Researchers at Virginia Tech and Wake Forest University have begun a program to characterize the head impact exposure of youth football players, and this fall will instrument 300 participants to obtain quantifying data on exposure and tolerance levels. "Youth players impact their heads at different rates, severities, and locations compared to collegiate and professional players, and so a modified evaluation system including different weightings for drop tests will be required," says Rowson.

There exists widespread concern today about the safety of contact sports, particularly in light of recent media exposure of concussions in professional football. Some of the attention has been focused on whether helmets provide the essential capability to protect against concussions and other head injuries. Opinions vary.

Rowson believes football helmets, for the most part, are well-designed in conformity with the NOCSAE standard. He says the recent rash of concussions in football, particularly professional football, is likely a result of elevated awareness of the injury in media reports and other public forums.

The purpose of our program is to provide quantitative insight into the protective performance of football helmets against concussions.Prof. Steven Rowson, Virginia Tech