Build Your Business by Building Your People

Build Your Business by Building Your People 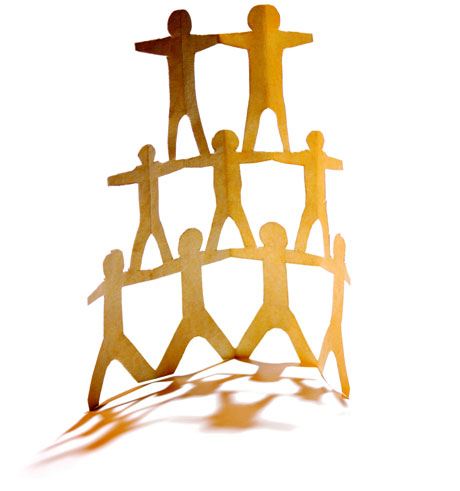 What kind of leader are you? Do you build people up, helping them to see their strengths and potential? Or do your actions show them that you’re more concerned about your bottom line.

In recent studies, more than a third of employees who had recently quit a job said the number one factor in their decision was a lack of appreciation for their contributions.

Recognizing your employees’ accomplishments costs your business nothing, but it can yield big dividends. Raises and bonuses are always helpful, of course, but demonstrating your respect and appreciation can be a far more powerful way to keep good employees in the fold.

Your support triggers a chain reaction that can enable good employees to rise to greatness. They sense it when you believe in them. It builds their motivation and self-confidence. It boosts their drive to produce and succeed—for both themselves and the company.

Building up your employees isn’t as simple as it sounds, though. In fact, for some it’s one of the biggest management challenges there is.

It comes easily for some managers. They’re born people builders, with enough charisma and optimism to attract friends and inspire loyalty. These people-magnets encourage their associates by recognizing what’s good about them and what they do, rather than fixating on their weaknesses.

Others have to work at it, though, and train themselves in communication skills that help them convey that same positive message.

Either way, the key is sincerity. To be taken to heart by an employee, your individual encouragement must be based on a genuine understanding of your employees’ strengths and weaknesses, their business beliefs and personalities, and their similarities and differences. Yes, this takes effort, but imagine the potential return on investment.

People-building doesn’t mean ignoring unacceptable behavior. But effective leaders understand that they should praise their employees about 8 to 10 times more than they criticize them. This is not an arbitrary statistic: research by the U.S. Army confirms that in order to accept and grow from criticism people need eight praises for every constructive criticism. It’s all about finding the right balance of praise and criticism for the individuals you supervise.

When it’s necessary to point out errors or suggest improvements, just be sure to phrase the feedback constructively to prevent defensiveness. A secret in giving feedback is always asking permission to give it. Employees will probably be more open to feedback because they’ve been given some control of the dialog.

By reframing critical feedback as constructive educational points, managers can translate a potential negative reaction into a positive one. The employee’s motivation, trust, and emotional engagement remain intact, and he or she is able to focus more on the message you’re trying to send.

It’s a balancing act to deliver the right mix of praise and constructive criticism, but it’s the best way for a manager tobuild people and build the bottom line at the same time.

[Adapted from "Become a People Builder: How to Maximize Employee Performance," by Sam Allman, Allman Consulting and Training, for ME Today.]

Building up your employees isn’t as simple as it sounds, though. In fact, for some it’s one of the biggest management challenges there is.