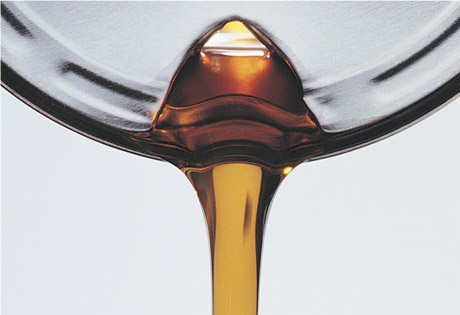 As the market and government regulations push automakers to improve emissions and fuel consumption, they are evaluating all opportunities in the engine system to reduce losses. The oil pump is one important component that consumes engine power as it protects engine components from frictional wear and overheating by delivering oil at the correct pressures.

Fixed-displacement oil pumps currently circulate oil in most automobiles. Designers typically oversize the pumps to handle the harshest engine operating conditions. Most of the time, they consume more power and deliver significantly higher oil pressure than needed. They contain pressure-relief valves as a crude, cost-effective, and reliable way to avoid excessively high oil pressures. But these designs are inefficient, losing significant amounts of energy at high oil flows typical in internal-combustion engines.

In variable displacement pumps, changing the displacement volume controls the flow rate. Vane-pump designs have hydraulic and electrical controls and actuators that move the pump housing and vary the eccentricity of the rotor. Electronic control signals and solenoid control valves vary the pressure set points as operating conditions dictate.

Automobile OEMs adopted these types of pumps in 2011, applying them in engines for high-end vehicles in Europe. Although research has evaluated the fuel-economy benefits of reduced oil flow from a torque-reduction perspective, the industry lacked information about its control, use, and thermal interactions with other engine systems.

As part of an industry- and university-consortium project partially funded by the UK Technology Strategy Board, researchers at the University of Bath, Bath, UK, and Ford Motor Company, Detroit, MI, thermally tested variable-displacement oil pumps to gain insight about performance and oil pumping speed. The group evaluated vane and rotor pump designs in an active 2.4-L diesel engine on an engine stand at many different operating conditions and found that fuel economy benefits warrant the pump expense.

The study showed that variable-displacement pumps were able to customize the oil pressure to as a low as 1-2 bars, offering a wider range than the 4-6 bars from standard fixed-displacement pumps. They could also provide much lower flow rates. This combination significantly reduced the energy the pump consumed, resulting in a 3%-6% higher fuel economy during both hot and cold starts, with higher engine speeds producing greater fuel-economy benefits.

Ian Pegg, Ford's project director, calls fuel economy gains of this degree "significant," but says reducing parasitic energy loss with low flow is only one part of the story. Controlling the oil feed pressure also creates additional benefits within the engine. The chain primary drive's hydraulic tensioner is affected by oil feed pressure. Maintaining a lower pressure lowers the running tension in the chain drive and its parasitic losses.

Richard Burke, University of Bath research officer, also found that during warm-up, the more efficient pump heated the oil less, producing oil that was cooler by 4°C. Less heat was generated in the pressure relief valve, and less overall heat was transferred to the oil around the engine's piston and bore regions.

Reduced oil flow that improves fuel economy also increases combustion chamber temperatures and reduces piston cooling, which heats the metal cylinder liners by 2°C to 6°C. This effect reducedhydrocarbon andcarbon dioxideemissions by 3%-5%, but also increased NOx by as much as 3%.

Pegg explains that inlet air, combustion chamber, and combustion temperatures and engine load all dramatically affect NOx. "Generally, reducing engine load reduces NOx, but with reduced oil flow, the piston runs slightly hotter, which increases NOx, so we are generally neutral. During a normal drive cycle with a warm-up, NOx is negligible. In a hot engine, NOx is minor, but that condition could be easily influenced by changing the inlet temperature a few degrees," he says.

"The variable-flow oil pump wins on fuel economy with a minor effect on NOx, since it doesn't influence the combustion temperature significantly," Pegg says. As with all active systems on internal combustion engines, calibrations can manage this tradeoff.

Potential for Wide Use

Burke explains that this approach has a lower NOx penalty compared to other control mechanisms such as EGR or injection timing, and is very favorable to fuel economy. He says, "All vehicles can benefit from this technology because it is low cost and universally applicable. The benefits from the variable-flow oil pump are directly linked to engine operating speed, with higher speeds profiting most."

Small engines operating over a large speed range, such as those in automobiles, are at the greatest disadvantage with fixed-displacement devices and would see the largest benefits. But, he says, "It would still be a cost-effective improvement in any application where there is a range of operating speeds and temperatures."

Pegg adds that any technology that reduces friction will provide a benefit at all engine operating conditions. "In general, fuel economy improvements that reduce parasitics are more cost-effective in terms of the benefit per dollar spent than options that are drive-cycle dependent, like hybrids, where more efficiency gains are experienced during cold starts and stops and less during freeway driving," he says.According to Pegg, weight reduction actions can cost hundreds of dollars for each percent improvement in fuel economy, but variable-flow oil pump installations can cost tens of dollars for a 3% increase.