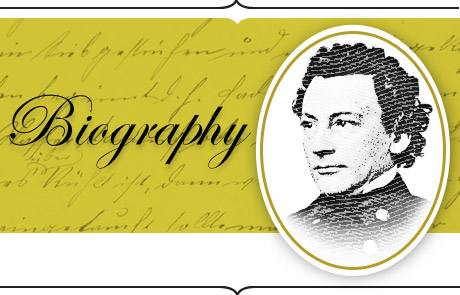 The steam engineering building at the United States Naval Academy in Annapolis, MD, bears the name of a man whose pioneering work not only set the stage for modern ship building but also was the basis for great advancement in mechanical engineering.

In fact, the revolutionary engineering program initiated by Benjamin Franklin Isherwood (1831 – 1915) at the Naval Academy became the template for professional mechanical engineering education. That basic curriculum designed at Annapolis in the late 1860s and 1870s still serves as the core of university mechanical engineering study throughout the U.S. and beyond.

It may surprise many that Isherwood had no formal engineering education but his unique and innovative ideas catapulted him to the pinnacle of the engineering corps in the U.S. Navy in 1861.

Born in New York in 1822, Isherwood attended Albany Academy in 1831 at the age of 9 and spent five years there. He learned mechanics and engineering on the job while working successively on the Utica & Schenectady Railroad, Croton Aqueduct, Erie Railroad, and at the Novelty Iron Works in New York City. His last civilian job involved designing and constructing lighthouses for the Treasury Department before starting his long career in the Navy.

Isherwood joined the Navy Engineering Corps in 1844 at the age of 22 and quickly demonstrated his talent, becoming chief engineer of the Corps five years later. He then rose to become the engineer-in-chief of the Navy in 1861 and then went on to head the Bureau of Steam Engineering for six years, from 1863 to 1869.

During the Mexican-American War, he served on the steam warship Princeton, and later became senior engineer of the gunboat Spitfire.

When the war ended, Isherwood was assigned to the Washington Navy Yard, where he assisted Charles Stuart in designing engines and experiments with steam as a source of power for propelling ships. Throughout the 1850s, Isherwood compiled operational and performance data from steam engines in the U.S. and foreign commercial vessels and warships. He used this empirical data to analyze the efficiency of engine types then in use.

It was during the U.S. Civil War, however, that his contribution to modern ship building became well known. His main achievement was the rapid design and construction of a steam-powered fleet for the Union. He had to provide a sufficient number of ships to blockade Confederate supply routes, a daunting task given the state of the U.S. Navy in 1861.

During the war, Isherwood designed machinery for 46 paddlewheel vessels and 79 screw steamers. In 1862, he advocated building large, fast, heavily armed and armored ships, which were built from 1863 until after the war. He also conducted numerous experiments on marine engines to study the practical use of steam for power. Between 1863 and 1865, Isherwood published the first and second volumes of Experimental Researches in Steam Engineering, which were translated into six languages and became the standard engineering text upon which future steam experiments were based.

Immediately upon the conclusion of the Civil War, Isherwood was principally involved with organizing a new scientific curriculum for steam engineering at the Naval Academy. By 1874, naval engineers refined this curriculum to the point that it served as the model for mechanical engineering education at most American universities.

Although his Wampanoag (1868) was the fastest ship in the world, Isherwood came under increasing criticism from civilian engineers, Congress, and naval officers who believed steam-powered vessels had too many drawbacks, and consequently, he left the Navy.

The apparent setback failed to dim his spirit, as Isherwood continued to produce technical innovations. In 1870 and 1871, he conducted experiments that resulted in a propeller that was used by the Navy for the next 27 years.

He was a pioneer in the production of fast cruisers, producing this class against strong opposition. Following a tour of European dockyards, he became president of the Experimental Board under the Bureau of Steam Engineering until his retirement in 1884.

After his ignominious forced retirement from the service, the Navy sought to make amends in recognition of his great work. He was made Rear Admiral, the highest rank given to an engineer in the history of the U.S. Navy at the time.

The steam engineering building at the Naval Academy was named after him in recognition of "innovation and experts in the effective assessment, development, execution, or deployment of technological solutions for operational Fleet needs."

Furthermore, three Navy ships (two destroyers and a fleet replenishment oiler) have been named for him as well.

The American Society of Mechanical Engineers made Isherwood an Honorary Member in 1894 in recognition of his great contribution to the field of mechanical engineering.

This great engineering genius, whom George W. Dyson, in an article in the Naval Institute's Proceedings called "possibly the greatest engineer the U.S. Navy had developed," died in New York City in 1915 at the age of 91.

It may surprise many that Isherwood had no formal engineering education but his unique and innovative ideas catapulted him to the pinnacle of the engineering corps in the U.S. Navy in 1861.