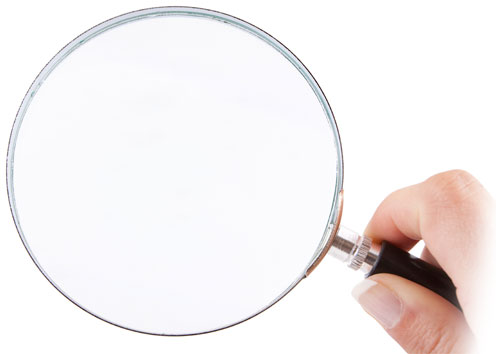 Benchmark Testing with a Teardown Artist

Soon after Xerox came out with its first copy machine, a joke began to circulate within the company—that the first two machines were sold to IBM and Kodak. But there's only a crumb of humor in the joke, as all three companies certainly had a good look into their competitors' machines as soon as humanly possible.

For Dave Meeker this fact raises neither a conspiratorial eyebrow nor a suspicious one. The big copy machine companies weren't just looking for an easy way to jump into the new market, they wanted to know exactly what their competitors were doing so they could improve their own designs and lower their costs. Taking things apart for those purposes is how Meeker makes his living.

From Coffee Grinders to Erasers

As a freelancer, Meeker has been hired to rip apart and "cost" products as diverse as medical pumps, insulin injectors, game systems, diver propulsion vehicles, coffee grinders, and retractable erasers.

Meeker likes to make it clear that what he does is benchmark testing, not reverse engineering. According to Meeker, "Reverse engineering is the disassembly of something with the sole purpose of replicating it, which nine times out of ten is against the law. What I try to do is to take something apart, glean as much as humanly possible from it, and use that to take several steps forward and innovate beyond that."

Beyond staying abreast of the newest engineering technology in the field, Meeker says the real key to succeeding as a teardown man is what he calls "good, old-fashioned detective work." Every job starts with Meeker scouting out the best price for whatever he might be hired to dissect. Then he carefully takes apart the packaging.

"One of the things you always do is look at the bottom of the box—to figure out where the corrugated was made. Boxes are seldom made far away from where the product is assembled." Sometimes he can decipher the entire supply chain just by looking at where the various components were put into the box.

Once inside the actual machine, the private-eye stuff gets trickier. Meeker often has to put a price tag on every screw, wire, and chip, and often times the data remains elusive.

"You find a symbol or a couple of letters on a particular subassembly. You start looking for a company logo, or a set of initials—maybe JEB that happens to make fans. Then, you stumble across a fan company named JEB and you look for the model number and, lo and behold, you find it in a parts catalog. So now you know, A, who the vendor is, and B, the model number. Now you can go do things like get quotes and figure out what the costs were," he said.

So how does a company protect itself from people with Meeker's expertise - and contacts? Meeker says that there are few measures that companies can take that resist the prodding of a determined benchmark tester.

"Lots of times, people put in little traps and pitfalls in semiconductors to prevent you from disassembling them," Meeker said. "But there are ways to very slowly and systematically take them apart, and try and restore them to get more information."

Rather than spend money towards stopping the competition from copying them, Meeker says companies should use those funds for benchmark testing to know their sector in and out. Rare is the case when knowing how a competitor’s product works, how it was made, and how much it costs doesn't pay off.

"I have been to some places where people rip stuff apart and they say, 'We didn't learn anything we didn't already know. We're still the leaders and they're not,' " Meeker said. "And I'm usually saying by that time you missed the boat. In any teardown, there's got to be a least a zillion things you can learn."

[Adapted from “The Teardown Artist,” by Michael Abrams, for Mechanical Engineering, August 2006.]

Rather than spend money towards stopping the competition from copying them, Meeker says companies should use those funds for benchmark testing to know their sector in and out.