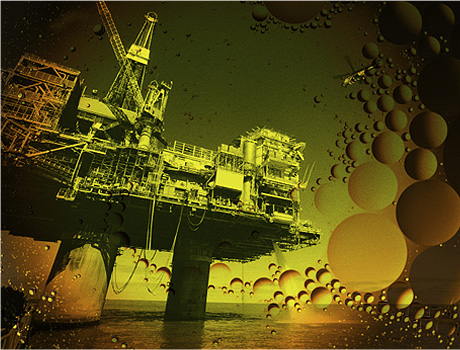 There can be a big future in fluids, and many times, being a drilling fluids technician is the starting point. Dave Jeanson, co-owner of Matrix Drilling Fluids, knows this all too well, having taken this position early in his career. "It's about coordinating drilling fluids programs," he says. "Many chemicals are utilized in the process, the ones used are dependent on where you're drilling and the depth."

Jeanson says chemists, like himself, and engineers can be particularly adept at this job, as long as they don't mind their offices possibly being located on a drilling rig. Or having one of their best friends at times be a portable mud laboratory. "With the drilling environment, when the drill-flow system circulates at a drilling rig it's designed to carry the rock you're drilling up the drill bit to the surface formations," he says. "Chemicals involved include beontonite, a clay that builds viscosity, a variety of polymers, and caustic soda can be added to the mud systems."

There are multiple challenges when drilling that aren't always anticipated and might require making changes to the fluid system parameters in response. "One is when you have abnormal pressure—you want to have sufficient mud density or you can have a well blowout," Jeanson says. "Do calculations to find what mud weight is needed to balance the formation pressure. Another is when you're drilling along and encounter a dangerous hydrogen sulfide gas situation. A technician will react by doing a mud test to determine what needs to be done and whatever is necessary to protect human life. Another thing to consider is, you're drilling miles into the earth, some of these holes no bigger than eight and three quarters inches, and you're going into the earth's stability. You have to be careful."

Jeanson recalls a tough scenario he faced. "I remember where we had both loss of circulation and high pressure at the same time," he says. "We had a pressurized formation down below and up toward the surface had a lost circulation zone, so we couldn't keep up the column of fluid sufficiently to balance the pressure. We kept trying to kill the well and heal the losses up the hole; tense, because it could have led to a blowout scenario. I was up for three days straight on that one. That's when the job is tough."

Jeanson worked in the position for three years, moved into the lab to assist with research and development, developing new mud systems and identifying new mud additives. Eventually it got him sharing the top rung at his own fluids drilling company. "You're always learning new things in this field and that's what I've always found exciting," he says. "If you like having a new product, system, or idea to work with then this a challenge someone will enjoy."