How to Become a People Person, Part 1

How to Become a People Person, Part 1 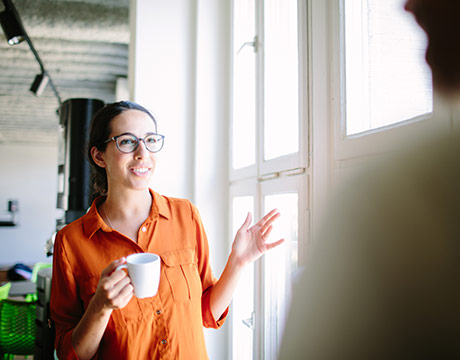 As an engineer, you probably have pretty awesome hard skills, but what about your soft skills?

Hard skills are the math formulas you can recite in your sleep, the precision of getting a part perfectly in spec, your ability to analyze any software. Soft skills, on the other hand, are the personality traits and characteristics that make someone a good communicator, a “people person,” if you will.

Popular culture often portrays engineers as lacking in soft skills. While the stereotype is unfair, engineers do tend to emphasize hard over soft skills on the job, says Kyle Freedman, corporate training manager at Enercon Services, an architectural, engineering, and environmental services firm with projects in the manufacturing, industrial, and power delivery space.

The good news: it’s easy to brush up on and even learn how to best relate to other people, Freedman says. After all, not everyone can be “a people person.” Just how much depends on a person’s job.

“The analysis guy doesn’t need great soft skills,” he says “He’ll be at his computer all day.”

But engineers who interact with others will need a little finesse when it comes to communicating. They may need to state the reasons for needed design modifications, present plans and models, outline project scope, or negotiate deadlines. More employers are also looking for job candidates who can demonstrate those skills.

“Most of our projects that go wrong don’t go downhill because an engineer isn’t smart enough to figure out a calculation or a design aspect or hasn’t been diligent in paying attention to detail,” Freedman says. “The biggest thing that contributes to failure often comes down to communication.”

Businesses seek employees with both hard and soft skills, and the same is true at Enercon, Freedman adds. Employees who communicate well are usually team players, keep customers happy, close sales, and bolster the moods of their fellow workers.

When Freedman started work at the company seven years ago, he found “a glaring lack of soft skills.” The missing traits included patience, listening, and emotional intelligence, which Freedman defines as the ability to recognize emotions in the self and in others.

“We’ve seen some people who have invested time in becoming a manager at our company and they’ve skyrocketed up because we’ve spent time with them working on those traits,” Freedman says.

Training includes classes on active listening, which encourages the listener to fully concentrate, understand, respond to, and then remember what’s been said. Active listening can end the engineering proposal “expectation tire swing,” he adds.

“That’s where Jean says one thing and Suzy Q says another and it’s kind of like the telephone game, where the swing from what the client suggests to the actual proposal is pretty different,” Freedman says. “Then the whole client relationships can go downhill.”

Read Part 2 of “How to Become a People Person” to learn more communication strategies and best practices.

The biggest thing that contributes to failure often comes down to communication.Kyle Freedman, Enercon Services