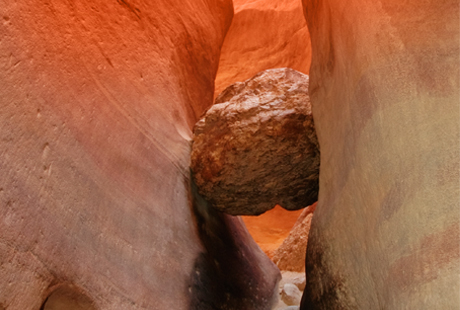 Aron Ralston is many things to many people these days: motivational speaker, mountaineer, celebrity, inspiration, and his personal favorites, dad and husband. However, to hear him tell it, he will always be one other thing: an engineer.

“I was an engineer before I ever took my first course in engineering in college,” he said. “It’s more of a mindset and I’m still an engineer in my mindset.”

For anyone who does not watch television, go to the movies, or read books, Aron is the mountain climber who, on one fateful day in April of 2003, found himself at the bottom of a remote canyon, his arm hopelessly pinned beneath an immovable boulder. The five days that followed have become the subject of the bestselling book Between a Rock and a Hard Place, multiple documentaries, and now, the Oscar-nominated feature film 127 Hours, which depicts his spiritual transformation and eventual escape from his predicament through the amputation of his right arm below the elbow. 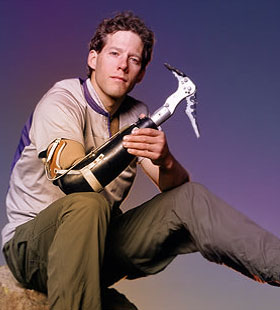 However, it was his life before he went on that fateful hike that helped him survive, he says, a combination of the emotional bonds he shared with his family, the formal education he received as a mechanical engineering student at Carnegie Mellon University, and the practical experience he had gained to that point.

“It was the perfect situation for me because of all my past experiences. I had to draw on almost everything that had ever happened to me in my life in order to come through it,” Aron said.

In addition to the sunsets he watched with his father growing up, the impromptu childhood piano recitals with his sister, and the countless other moving recollections that gave him hope during his ordeal, he also cites his time as a search and rescue volunteer, his stint with Intel Corp. as an engineer doing cleanroom maintenance, and of course, his degree in mechanical engineering as being key factors in deciding his fate.

It may be inconceivable to many that in the midst of such a terrifying, life-or-death situation, Aron was able to keep his wits, but to him, it was all part of the engineering mindset, “the analytical, rational, problem-solving kind of a person” that he is.

“Being able to plan for the future, and come up with contingencies, and have margins of safety and things like this. I was very much making those plans [while in the canyon] too,” he said. “If I could get free, how would I get back to my vehicle? Which way would I go? Would I go to my bike first and then to my truck, or would I go straight for my truck? Would I have to do the rappel?” 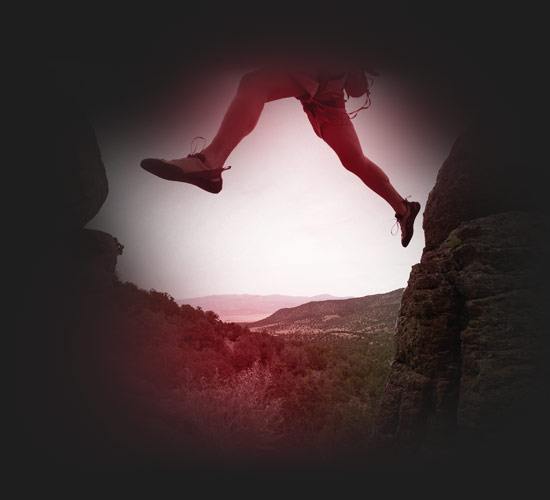 And by rappel of course, Aron is referring to the 60-foot climb down a sheer cliff that awaited him even after extricating himself from the boulder through the amputation; a feat that many would find impossible even under perfect conditions, let alone while experiencing full-fledged shock symptoms.

“We [Aron and 127 Hours director Danny Boyle] saw this as being something that is not a superhuman story but really a human story. Yes, that someone is called on to do something extraordinary but that we’re all capable of extraordinary-ness in our lives. And where does that come from? For me, I think it comes from the connection with my family and the loving memories of being a child with my parents and then of being a parent to a child.”

For Aron, the events of those five days have led to a complete transformation of who he is as a person, a transformation that led him to marriage in 2006 and the birth of his first son in May of 2010. The latter of these two events is particularly awe-inspiring, as he cites the vision of playing with his as-yet unborn son on a happier future day as the thing that finally gave him the strength to escape.

“Being a father now is really the ultimate confirmation of everything that I learned as a lesson in the canyon. That life is really about relationships, it’s not just about the accomplishments, that the universe operates on love,” he said. “I realize now that part of the gift of my life, yes, is still to share this with other people, but it’s also to share my life with my son.”

Aron will always be an engineer, right down to the prosthetic “claw” that he helped design, with functionality foremost in his mind. After all, he is still a prolific mountaineer, having achieved his dream of climbing all of the “Fourteeners,” a series of peaks in Colorado over 14,000 feet high.

Yet anyone who is lucky enough to talk with him for even a few minutes quickly realizes that this is a person whose mind is far beyond categories or labels. He’s reached a place that only comes from truly appreciating everyone and everything around you, for every second you’re alive. That would be a perfect situation for anyone.

It was the perfect situation for me because of all my past experiences. I had to draw on almost everything that had ever happened to me in my life in order to come through it.Aron Ralston