Architecture as a Career Path: A Realistic Look

Architecture as a Career Path: A Realistic Look 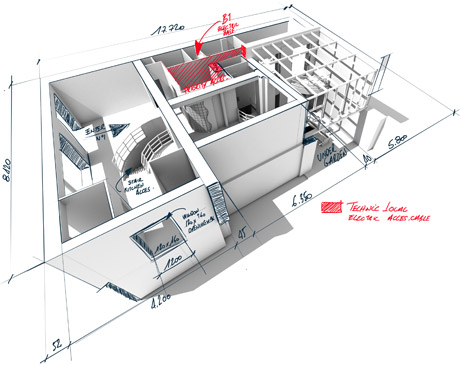 When one thinks of having a career in architecture, the first thing you might imagine is a brilliant skyscraper going up. Maybe even the next Empire State Building. But Peter Leffe, mechanical engineer, architect, and consultant, says you may want to change your state of mind. "For a mechanical engineer who wants to become that kind of architect, you have a huge amount of competition with the architects already trying to get work and many of them aren't even doing that well."

Laffe's theory is simple. "Who says that's the only kind of building? Architects who are also mechanical engineers are incredibly valued when it comes to, for example, factories," he says. "When you think of a factory, it's really not about the beauty of the building from the outside but the inner workings. Think of the equipment, the machinery. It takes a specialized understanding of machine design to build a structure that will be most to the advantage [of the occupant]. In this case, the structure is really just an envelope to cover the machinery. And it's actually usually best to associate with an architecture firm for that kind of project instead of competing against them."

Another area in demand for mechanical engineers is among the most important of facilities: hospitals. "You have loads and loads of systems, you're talking environmental control," he says. "It requires an efficient mind. Plumbing is also a major factor for a mechanical engineer to bring their strengths to. Someone with an engineering background has something to offer an architectural firm here educationally that most architects just don't have."

One of Leffe's leading niches related to architecture is an area you might never guess. "Forensic failure analysis," he says. "Many architectural failures you might see have to be explained in terms of engineering. The failure wouldn't be the layout of the building but a beam failure or damaged foundations." Or how about the time he evaluated a stairwell—of an airplane. You might not think about the steps that take you aboard an airliner but that's architecture as well. "Look at mobile staircases in airports, people fall down on them. It's the architectural part of how the geometry of a staircase should be able to comply with the standards within the industry; you get mechanical engineering crossover in those areas. It also goes to the architectural elements of walkways and handicapped ramps. Again, it's not just about a pretty structure, it's about making it workwell."

For those who still have their dreams in the tallest buildings, Leffe just wants you to know what you're in for. "Three years of schooling for a professional architecture degree, three years of interning and you still have to pass those tests—not a guarantee there either," he says. "If I'm doing all that then I'd rather [play the percentages] in terms of the work I'm going to get. There can be a good payoff with a realistic strategy, and there can be fun challenges."