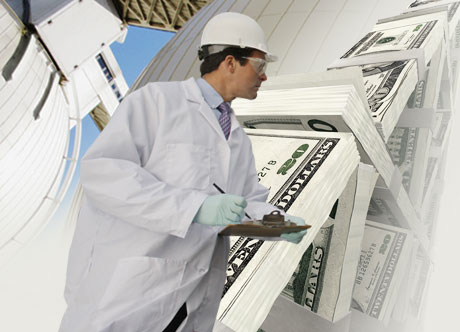 In its statement on Engineering Ethics Education, The American Society for Engineering Education (ASEE) "believes that, because engineering has a large and growing impact on society, engineers must be equipped by their education to fulfill their ethical obligations to the public at large, to their profession, and to their clients and employers."

While most engineering educators agree in principle on the importance of incorporating engineering ethics into the curriculum, there is not much agreement on how ethics should be taught and who should teach it.

In either case, discussion persists about who should teach the ethics courses. Some engineering professors do not believe they are qualified to teach ethics, while others believe it is difficult for engineering students taught outside of their department to relate the discussions to real-world engineering issues.

The Importance of Case Studies

Regardless of the teaching approach, case studies are the most popular tool used in most engineering ethics curriculum. Most students will learn about the ethical issues involved in well-publicized failures, such as the crash of the DC-10 in Paris that killed 346 people, the Hyatt Regency walkway collapse in Kansas City that killed 114 people, and the Challenger disaster.

Joseph Herkert, associate professor of multidisciplinary studies and director the Benjamin Franklin Scholars Program at North Carolina State University, wrote in his article, "Continuing and Emerging Issues in Engineering Ethics Education": "These high-profile cases may be useful for attracting the attention of engineering students, but the typical ethical dilemmas encountered by most engineers are more mundane. Therefore, case studies of more common-place events are also used in classrooms."

Charles Edwin Harris, Jr.,and co-authorsdescribe in their article, "Engineering Ethics: What? Why? How? And When?," two types of case studies commonly used: the drawing the line method and the conflict resolution method.

In the drawing the line case study, educators ask students where they would draw the line between acceptable and unacceptable actions in hypothetical situations. Harris presents a case where most engineers believe that accepting an inexpensive pen as a gift from a vendor is acceptable while accepting a $10,000 check from a vendor to specify a product that is both inferior and more expensive is not acceptable. These are two extreme cases and classroom discussions focus on the gray areas in between that present real world ethical dilemmas.

Theyalso describe the conflict resolution method and how it presents different issues that create a conflict of interest for the engineer. The popular videotape "Gilbane Gold," produced by the National Society of Professional Engineers, presents a classic conflict problem. In the story, a young engineer is required to sign documents certifying that the plant discharge into the local sewer meets city regulations, when he suspects that it does not. To make matters worse, the contaminants in the plant's discharge are arsenic and lead, and the sludge from the water treatment plant is made into a fertilizer (Gilbane Gold) that is used by local farmers. Plant management does not want to spend any more money to treat the discharge, and David believes he could lose his job if he presses the issue too far. His major conflict is between his obligation to be a loyal employee and his obligation to protect the health of the public. Both obligations are legitimate. What should he do?

Whichever method or approach is adopted, it is clear that ethics education is an essential element in engineering education.

Whichever method or approach is adopted, it is clear that ethics education is an essential element in engineering education.