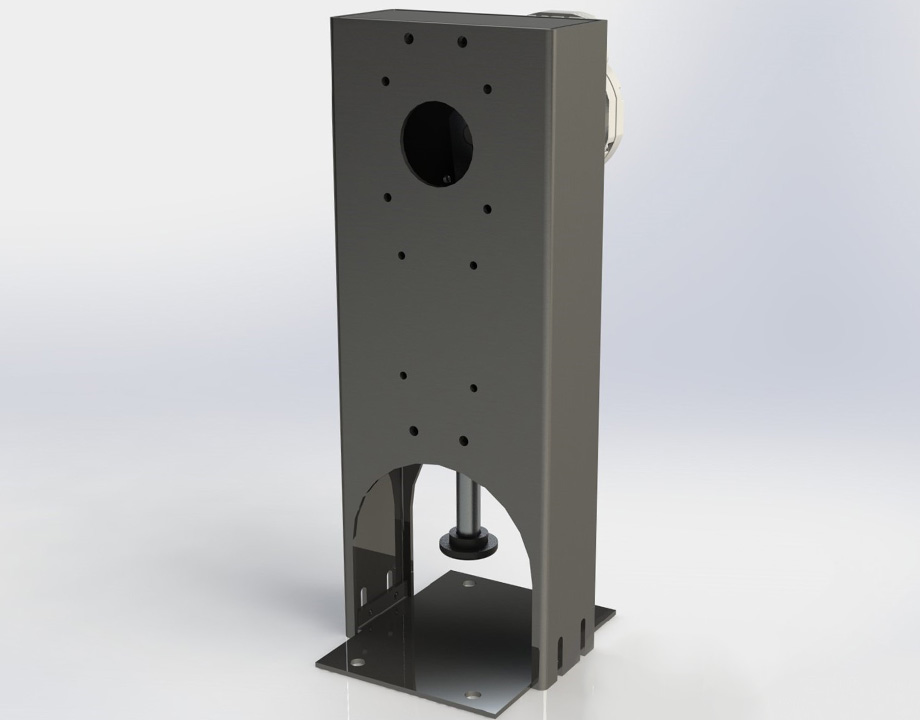 With ventilators in short supply researchers at the Bakken Medical Devices Center have created a simplified version that can be produced quickly and on the cheap.

A Ventilator for Everyone

To fight COVID-19, the world needs a ventilator that is quick, simple, and cheap to produce. When all the sleeker, more complicated, high-end ventilators have been put to use, having access to a stripped-down model could be a matter of life and death for thousands, especially in developing countries.

Designing such a machine is a task that researchers at the Bakken Medical Devices Center have taken upon themselves. In a single week, they created a prototype that could easily be reproduced in any hospital. In a second week, they had made 25.

“From the beginning, the key was simplicity” said Aaron Tucker, a research assistant and the prototyping coordinator at the center, who lead the engineering on the project.


The heart of machine is the Ambu bag, a manual resuscitator available in thousands of hospitals everywhere. The device Tucker’s team created compresses it with that tried and true piece of technology, the crank and slider. 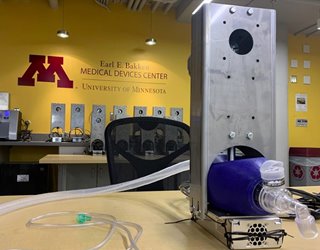 Sheet metal with a crank and slider: The Bakken ventilator’s simplicity is its strength. Photo: University of Minnesota
“We tried to dial down everything to simple key core components,” said Tucker. “So there are very few moving parts, only a few off-the-shelf parts. The rest are very simple machine parts that somebody with a single 5-axis CNC mill in their basement could churn out.”

The device fits into a cereal box-sized metal container that does not belie it’s rough-and-ready nature. But in terms of functionality, it can meet the varied needs of varied patients.

“We have the ability to control the frequency, or the speed of the motor, and we can also change the volume,” said Steven Thomalla, the center’s lab supervisor and internship director. “Each patient has different requirements based on the size of their lungs and their care plan. So the system is incredibly simple, but it also has the ability to be adjusted.”

Experienced medical professionals, he said, will know how to adjust it as well as how to assemble it. 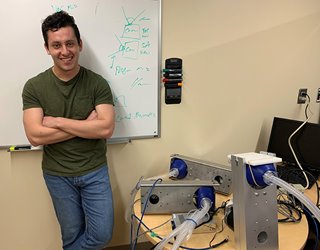 Aaron Tucker and the ventilator that is ready to meet whatever demands the coronavirus might send our way. Photo: University of Minnesota
Tucker is quick to point out that their ventilator is not meant to replace existing devices. The ventilators already on the market have sensors and other sophisticated features that the Bakken ventilators will have to do without. “They are complex, they work extremely well, they have been approved and tested and retested over and over again. They do their job very well,” says Tucker. “But if you‘ve seen the numbers, you know that the high-end ventilators—the ones that have been fully approved and are in use—can not be produced fast enough if the numbers [of COVID-19 cases] continue to increase.”


Tucker and his team were able to create a prototype in a week thanks to the Bakken center’s extensive network of students, doctors, researchers, and manufactures. At the project’s inception they sent out a call for assistance. The response was speedy and massive: hundreds of students and alumni offered their assistance, and over 350 companies pledged to contribute whatever the team might need. One of them, Boston Scientific, has volunteered to bring the ventilator to market.

“The outpouring of passionate and serious interest in helping us out, of different ideas and people opening up machine shops, offering up different concepts, offering up you name it—it has been pretty phenomenal,” said Art Erdman, a professor of mechanical engineering and director of the Bakken Medical Devices Center. 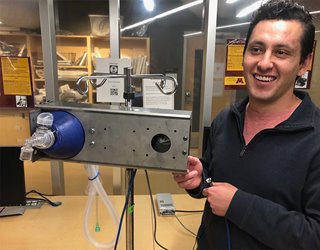 The blue Ambu bags at the center of the ventilator’s design are cheap and readily available at hospitals everywhere. Photo: University of Minnesota
However great the input of ideas, the team knew they had to lock in a design quickly—clever concepts and super efficient ideas were not as important as getting the ventilator in the right hands as quickly as possible. So, after a week of prototyping, they took what worked and called it complete. Then they filed an emergency use authorization with the FDA.

On April 15, 2020, the FDA approved the production and use of the ventilator.

“The attitude is, full speed ahead,” Erdman said. “Steve and Aaron not only know their Mechanical Engineering basics, but they are very experienced with industry. That had them prepared for this. It was in our sweet spot and we were ready to go.” 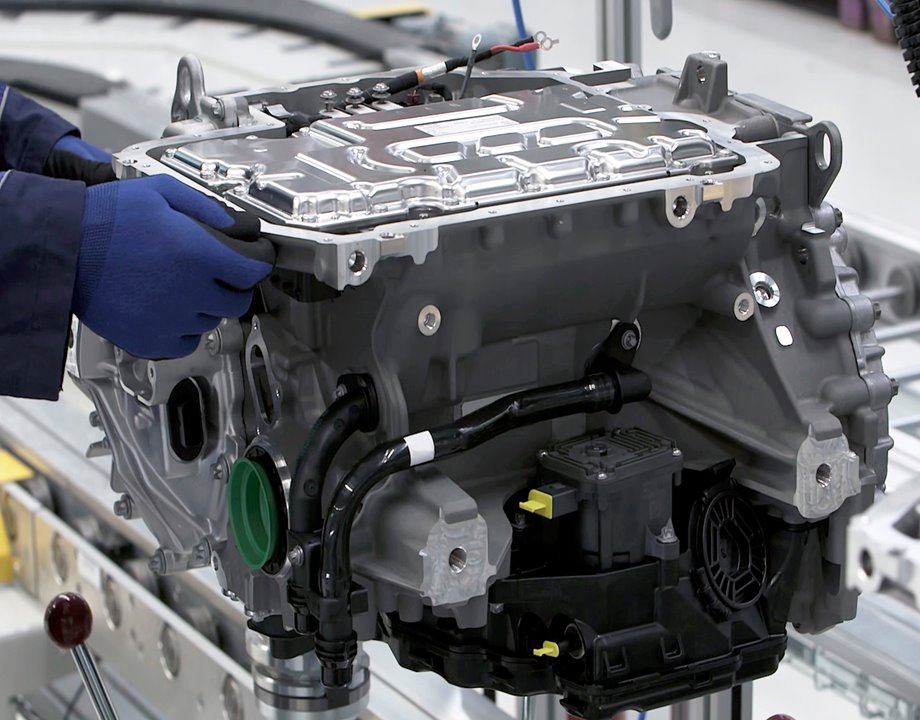