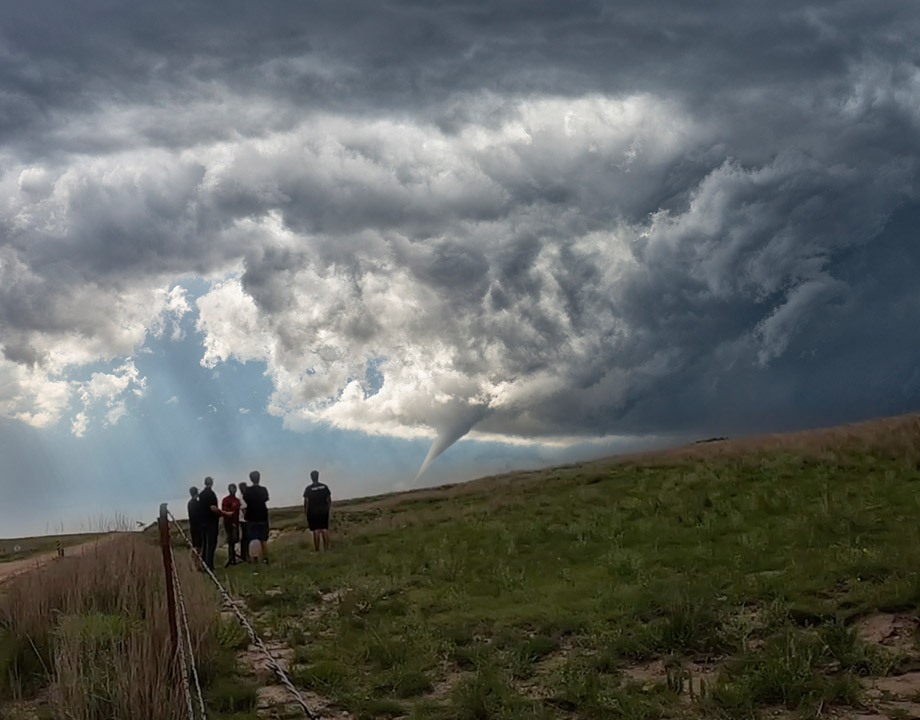 Engineers are putting a new twist on technologies to predict and warn the public of killer tornadoes.

A New Twist on Tornado Prediction

He may have lacked the status of Superman or Batman, but the DC Comics superhero Red Tornado was an unbeatable weather man. Introduced in the late 1960s, this lesser-known member of the Justice League was a sentient crime-fighting android with masterful control over violent wind forces. Red Tornado’s cyclonic skill set included flight and superhuman strength, durability, hearing, and intellect.

Fifty years later, capabilities that blew away Red Tornado’s fans in the comics are adding a new twist to the prediction of real-life killer tornadoes. Government agencies like the National Oceanic and Atmospheric Administration (NOAA) and the National Science Foundation (NSF) are partnering with university engineering departments in tornado-prone states to develop tougher and smarter storm probes that save lives by improving the timeliness and accuracy of tornado warnings. 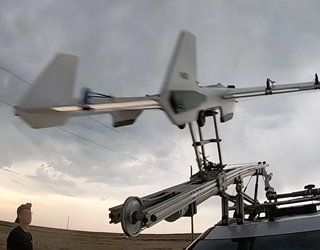 A new class of highly durable UAVs using lightweight composite materials that retain flight stability and data transmission, even under extreme weather conditions. Image: CU Engineering
Ever since recordkeeping began in the United States in 1875, a typical tornado season results in 60-80 fatalities and 1,500 injuries. Tornadoes cause more havoc some years than others, such as in 2011 when 321 people died in a single week. By contrast, 2018 was the mildest tornado year on record, in terms of storm severity and number of fatalities. Growing research shows, however, that tornado outbreaks have been increasing in frequency and intensity during the past 50 years, for reasons not yet understood.

Until the 1980s, weather officials could give the public only about three minutes warning of an approaching tornado. The widespread conversion to Doppler radar (for forecasting) later in the decade increased the warning window fivefold, to about 15 to 20 minutes. But 30 years later, however, there are no improvements to that window of time. Weather experts hope improved warning times combined with better accuracy will result in better public safety.

Recommended for You: Re-engineering Houston

The latest effort to outsmart twisters is Project TORUS (Targeted Observation by Radars and Unmanned Aircraft Systems of Supercells), which launched in May 2019. With more than $2.4 million in funding from the NSF and the NOAA, the program is led by scientists and engineers from University of Nebraska-Lincoln, in partnership with University of Oklahoma, Texas Tech, University of Colorado, Boulder, and the Cooperative Institute for Mesoscale Meteorological Studies. 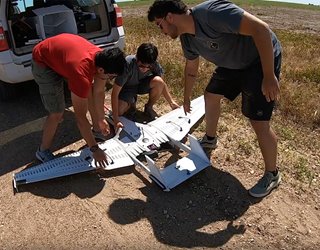 The team is working on coordinated control of swarms of drones equipped with temperature, pressure, and humidity sensors to be sent into multiple areas of a storm. Image: CU Engineering
All told, more than 50 researchers and students will spend the next two storm seasons following severe thunderstorms across a 367,000-square-mile swath of the Great Plains. Their mission is to study wind speed, temperature, humidity, and pressure, thus learning how small-scale structures within a supercell storm can evolve into tornadoes. A supercell is a thunderstorm with a highly organized internal structure – that includes a rotating updraft that sustains the storm for several hours – often giving rise to supercharged tornadoes.

One of TORUS’s novel approaches to atmospheric measurement uses swarms of radiosondes (battery-powered telemetry devices carried into the atmosphere on miniature weather balloons) to gather and transmit readings from up to 100 different points in a storm. This data works together to form a multi-dimensional view of each storm system; the hope is to fill in crucial missing pieces of the tornado puzzle.

Even the boldest human storm chaser can only get so close to a developing twister; they rely on ground stations, weather balloons, and mobile sensors for their predictions. Tornadoes, however, are adept at evading these technologies by changing course, striking when they are inactive, or completely destroying the hardware. Notwithstanding, the effort to develop remote technologies that predict storms sooner and more accurately goes back many decades.

Doppler radar measures the amount and velocity of precipitation in the air, but is limited in tornado prediction as it cannot directly measure air pressure; also, it scans at higher-than-optimal altitudes. 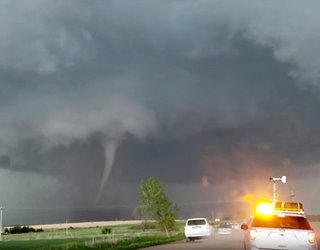 Audio data is collected and analyzed to predict tornadoes and estimate their size and location. Image: CU Engineering
Many of the weather events forecasters want to see most occur in that sweet spot between the ground and 1,000 feet, too low for Doppler radar and yet too high to be caught on stationary weather towers. Through the NSF’s $6 million, multi-university Cloud-Map project, scientists and engineers are working to send a variety of remote sensing technologies into that specific region to act as the meteorologists’ eyes and ears…without risking their necks.

In one approach, the team is working on coordinated control of swarms of drones equipped with temperature, pressure, and humidity sensors to be sent into multiple areas of a storm, specifically below 1,000 feet.

Another project calls on a steerable, fixed-wing unmanned aircraft system—named MARIA (Mesocyclone Analysis Research and Investigation Aircraft)—to measure the vertical profile of a storm by flying above it. Once in position, MARIA drops expendable parachute-like sensor packets called dropsondes; they collect and transmit data from the storm’s path as they fall to Earth.

These aerial approaches go with a ground-based infrasound monitoring system based on measuring the low-frequency sounds occurring within a storm, up to two hours before it evolves into a tornado. Created by characteristic fluid mechanisms, these sounds are inaudible to the human ear but can be picked up by a trio of specialized, low-frequency microphones positioned on the OSU campus. Audio data is collected and analyzed to predict tornadoes and estimate their size and location.

Michael MacRae is a technology writer based in New Mexico.