A Device to Fight Co-Infection

A Device to Fight Co-Infection 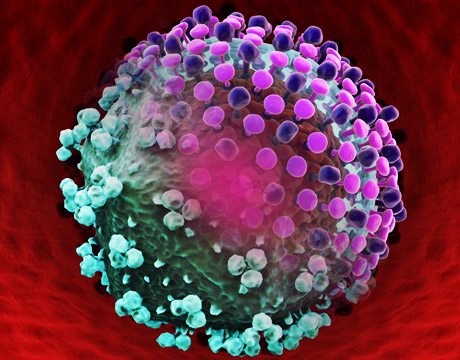 Co-infection of HIV and Hepatitis C is a difficult problem for many patients around the globe. In fact, Xinyu Liu, assistant professor of mechanical engineering at McGill University, says that approximately one third of HIV patients has a Hepatitis C infection. But diagnosing this is a difficulty as well, and a major part of why his group is focused on developing a portable device to accomplish this.

“The work was first motivated by the population in Kenya, where unfortunately a large number of people are infected with HIV,” he says. “With the help of a global health grant from Grand Challenge Canada, we were able to work on it.”

With overseas collaborators, including one from Nairobi, the issue was developing something that could be used remotely. “You need to pick up a very low concentration of antibodies in human blood and it’s not always possible,” he says. “We can actually measure eight times using electric particles with the device, with the ability to pick up four related to HIV and four for Hepatitis C. On our platform, the core device is made from paper substrate, but we have other material involved. We also use microchannels in the paper substrate and a handheld reader is used. It’s an electronic device with a display a layperson can understand.”

Liu says the assay is quick and the results are very accurate because they’re using electrical particles. “It also has a resolution that’s higher than maybe someone would guess,” he says. Challenges in the work included platform integration. “Integrating different technical components into a fully functional platform took time and then there was adding Bluetooth communication in our function in a handheld reader,” he says. “The second challenge is on the chemical function aspect. We have to optimize our protocols so we can really reach a comparable performance to radical instruments. It takes a lot of effort to maximize the protocol.”

The platform on the handheld device includes a few components for the layperson, including inserting a piece of paper into the handheld reader, after which the user will see the computation on an LCD screen.

The price is affordable, projected to be less than $100. “The paper sensor reagent is more expensive than the device material,” he adds.

There are also other potential applications. “This type of assay can allow for many other markers,” he says. “For example, a particular cancer marker can potentially be used. And the portability. Most of the small clinics in Kenya are remote so this is helpful.”

Liu knows his line of work can be an uphill battle but accepts this as part of focusing on medical device invention. “Medical-related problems are often complicated but the rewards at the end can touch a lot of people,” he says. “We are a little bit far from saving lives with this one but we’re hopefully moving in a direction where in the next five years it can be used to help the people who desperately need it. It’s exciting but it’s challenging to push new technologies forward.”

Medical-related problems are often complicated but the rewards at the end can touch a lot of people.Prof. Xinyu Liu, McGill University