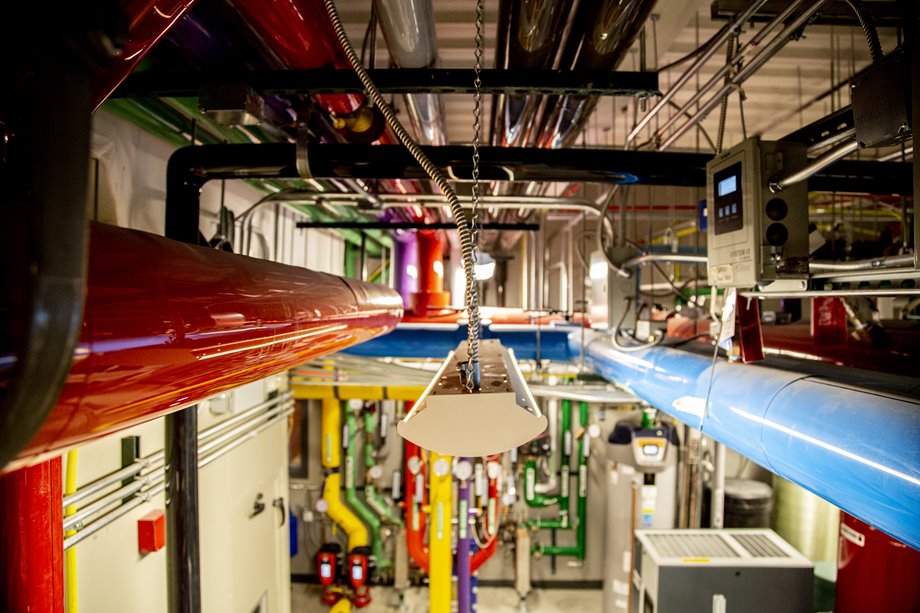 In early 2019, Western Colorado University in Gunnison, CO, received funding to build a new, 75,000-square-foot, one-of-a-kind building to house its new computer science and engineering school. The university decided to build the Paul M. Rady School of Computer Science and Engineering facility to the LEED architectural standard. LEED, or Leadership in Energy and Environmental Design, is the widely recognized standard used for green building rating systems for sustainability.

Meeting the robust requirements for a LEED Gold certified building would be challenging; the requirements would affect every aspect of the project, from design to construction practices. Another challenge would be the mechanical room. The university planned to use the building as a “live tutorial” for its students, so it wanted to create a fully functional mechanical room that could also be used for educational purposes.

The team working on the new building included Kevin Heartsuiker, Project Manager for Ute Plumbing and Heating. Heartsuiker performed a lot of the building information modeling (BIM) work on the project. “I was the go-between for the contractors, subcontractors, and the design team,” he says. “I answered questions and kept up-to-date drawings.” The team also included Ace Cowan, Vice President of Estimating at CD Specialty Contractors, who served as the estimator on the project on the insulation side and oversaw the install from start to finish.


The LEED Gold certification requires that the building design include features that foster a healthy learning environment. To support occupant wellbeing, the entire south-facing wall of the building was designed around windows that allow passive-solar and daylight to reach the students while they are indoors. “Everything down to the light reflectivity on the floor was considered and driven by LEED,” says Heartsuiker. “This building is designed to be a better environment for student health.”

Explore our Infographic: Exploring The Mechanism And Longevity of the XOX Corrosion Inhibitor

The LEED certification also required that 75 percent of the waste by ton generated on the job site be recycled. Through a concentrated effort by all the contracting and building teams, 90 percent of the waste from the construction process was recycled, exceeding the target.


Functional Aesthetics in a Mechanical Room


A typical mechanical room has between five to seven pipes. In the Western Colorado University mechanical room, there are 16 pipes, making up five separate pipe systems. In addition, there’s an energy recovery chiller, which is required for the LEED certification. Fitting this many pipes into a single mechanical room created a puzzle for the system designers and installers on the project. Further, the pipes needed to be easily distinguishable so that engineering students could differentiate between the various components and systems within the room. 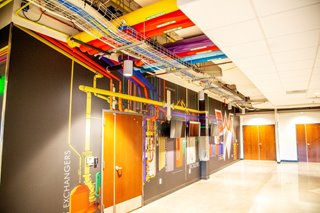 Johns Manville Zeston® 2000 Series Color standard gauge PVC fitting covers help students identify supply and return systems within the facility. Image: Johns Manville
With careful planning and execution, the designers and installers were able to install all 16 pipes and all five pipe systems, totaling 24,000 feet of pipe. To help maximize the educational aspect of the room and ensure students would be able to distinguish between the various supply and return systems in the mechanical room, the team used 14 different colors of Johns Manville Zeston® 2000 PVC jacketing to differentiate the systems. The result was 15,000 feet of colorful PVC pipes, creating a highly original, dual-purpose mechanical room.


The project is quite unique. “In my 27 years of insulation, I’ve never been on a project that has used 14 different colors of PVC jacketing,” says Cowan. “It’s just not something you see every day.” In addition to helping students differentiate between the different systems, the colors also allow students to easily track where the pipes lead, furthering their understanding of how each piping system is supposed to work. The color choices are based on color schemes often used in large industrial plants.

In addition to the PVC, designers also implemented several different kinds of insulation on the pipes, including Johns Manville’s Trymer® polyisocyanurate (PIR) on the chilled water systems and Micro-Lok® HP fiberglass pipe insulation on the high-temperature systems, to showcase the various benefits and applications of each insulating material.

With the completion of the project, students have access to a real-world environment that helps them as they’re learning. It can be difficult for students to gain access to these types of hands-on environments, so having it readily available to them is a key advantage in their education.

Lance Bonin is a mechanical portfolio manager at Johns Manville. Article
Researchers Destroy "Forever Chemicals" Using Supercritical Water
“Forever chemicals” are highly stable compounds that persist in the environment for many decades and, according to government agencies, these chemicals are potential carcinogens. Researchers at the University of Washington have created a reactor that uses “supercritical water” at high temperatures and pressures to break down these dangerous chemicals into harmless byproducts.

Article
Quiz: Engineering Behind Popular Toys
Do you know the engineering behind some of our favorite toys? Take the ASME quiz to find out.