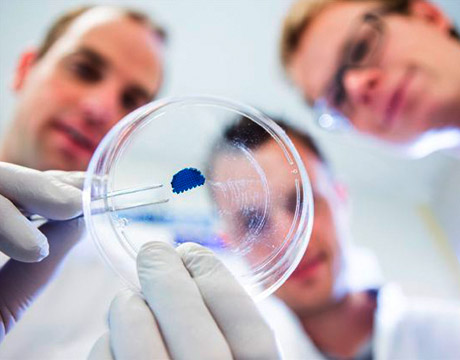 A Biofabrication Degree Is Born

“3D printing is revolutionizing everything that we know,” says Pedro Costa, a biomedical engineer atUtrechtUniversity. “It will become the basis of the new industrial revolution. And biofabrication will do the same for the biomedical field.” Which is to say, the revolutionized world to come had better have some experts. And what’s an expert without a degree?

Higher education is about to see the birth of the world’s first biofabrication master’s program. A consortium of four universities is offering the degree together: Utrecht’s University Medical Center in the Netherlands; the University of Wüerzburg in Germany; the Queensland University of Technology and the University of Wollongong, both in Australia.

During the first half of the two-year program, students will take a host of specialized courses in biofabrication tools and methods. They’ll also be required to take tangential courses in biomechanics and biofluidics. After completing exams and written assignments they’ll be ready for a six-month internship where they get their hands dirty with 3D printing and additive technologies and begin to develop research ideas.

During the final year, they will tackle the research projects they develop during the internship, but at a second university. “The European students will go to Australia and the Australian ones will come to Europe,” says Costa, who is Utrecht’s new coordinator for the biofabrication program.

Exactly what kinds of projects the students will develop remains to be seen, as the program won’t start until September. “We are very flexible about the projects the students will develop,” says Costa. Both the professors and the technology are ready for student ingenuity. The printers were purchased for their versatility, so that they can be adapted to whatever research project a student might have in mind. “We do have highly sophisticated 3D printers in our facilities. They won’t really need to develop new printers or tools. But, of course, if, for example, we have this genius in automation or robotics, that would be a possibility—nothing is excluded.”

For this first year, the program has limited the number of students to about twenty. “Here at Utrecht we will have six students, very good ones, extraordinary students,” says Costa. “We get applications from all kinds of people, from people in the biomedical field, to people in biotechnology, as well as people in engineering, mechatronics, automation, and electronics. We also have medical students who are interested in these technologies—a very diverse array of students, interesting students. Many have amazing backgrounds. Being as young as they are, it’s even more amazing.”

The university the students choose depends on their interests and research plans. Utrecht has an emphasis on the biological, including biotechnology, cell cultures, and cell manipulation. Wuerzburg specializes in materials chemistry, with a focus on electrospinning. The Queensland University of Technology—where Costa earned his PhD—is multidisciplinary with an emphasis on the technical, including tissue engineering. At the University of Wollongong they focus on materials and engineering and additive manufacturing. “Of course we will try to guide them in the best way possible to match their skills and what they want to do,” says Costa.

However trailblazing the degree program, Costa says it grew organically. “We saw a group of different people specialized in this field, and we also saw the need for this kind of solution. So it was natural for it to happen.”

They won’t really need to develop new printers or tools. But, of course, if, for example, we have this genius in automation or robotics, that would be a possibility—nothing is excluded.Prof. Pedro Costa, Utrecht University