A 3D Approach to Nerve Damage

A 3D Approach to Nerve Damage 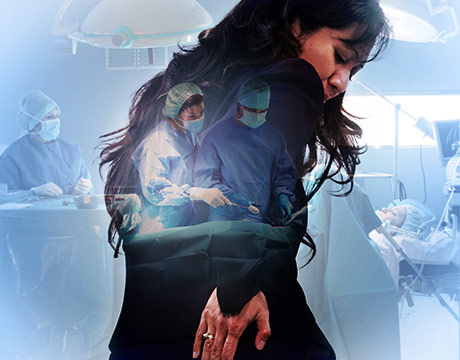 To patients who suffer from nerve damage, the effects can be devastating. It can cost patients the ability to play sports or even simply walk. But a new treatment for nerve damage may be around the corner, a combination of 3D printing and 3D imaging.

“Nerve damage can come from many areas, but it’s all too common that unfortunate accidents create the problem,” says Michael McAlpine, a mechanical engineering professor at the University of Minnesota. “Fixing the problem? That’s the part that can get tough.”

As is often the case, it was an earlier project that led to this current work. “We had a project that involved neurons,” McAlpine explains “We became a full-on 3D printing group and the thought was that there may be a way to use it for integrating neuronal cells and maybe for regenerating them, and that grew into nerve regeneration.”

A new postdoctoral student injected a much-needed point of view into the mix. “He came up with the idea that if you can use 3D printing for a scaffold for nerve regeneration then maybe you could also customize it. Maybe we can go beyond linear tubes to something more complicated like actually regenerating branching nerve structures,” McAlpine says. “It was actually a realistic idea because if someone comes in with a nerve injury, this can often affect branch point, motor nerves, etc.”

The project took an extended amount of time because they first had to develop the 3D printers that could achieve it, incorporate cues, and do a study with rats.

“The majority of commercial printers are printing hard plastic and that’s fine, but the problem is there isn’t a whole lot you can do with hard plastic with biological systems that are stretchable, for example,” he says. “You want a softer scaffold, something more in tune with a biological environment. A soft scaffold also allowed us to suture onto the nerve end so you can suture a device onto it and it allows the rat to run freely.”

The team had droplets of protein called nerve growth factor, which they printed within the scaffold, he says. “The droplets helped promote the regeneration process and promoted the regrowth of the nerve over a study that was somewhere in the neighborhood of twelve weeks,” he says. “Traditional printers couldn’t print droplets of protein.”

The results have been encouraging to him. “For the rat subjects, they actually were going from having trouble walking to being able to run,” he says. “But the reality is this kind of work could be applied to so many nerves, not just related to this kind of movement.”

And the work involved regenerating both motor function and sensory information in the rat, something that is difficult to do without a 3D printer, McAlpine says. “It’s difficult because most guides people create are linear, so you can do motor or sensory but it’s different when talking about both,” he explains. “With the 3D printer, you can do any geometry you want, so you can do a branch structure for both motor and sensory.”

And maybe, just maybe, the work will make its way into medical facilities someday. “The ultimate dream is for these printers to be available to humans with an injury and create, on the spot, a customized or personalized nerve-regeneration device that you can then just implant right there to get regenerated nerve.”

For Further Discussion
The ultimate dream is for these printers to be available to humans with an injury and create, on the spot, a customized or personalized nerve-regeneration device. Prof. Michael McAlpine, University of Minnesota