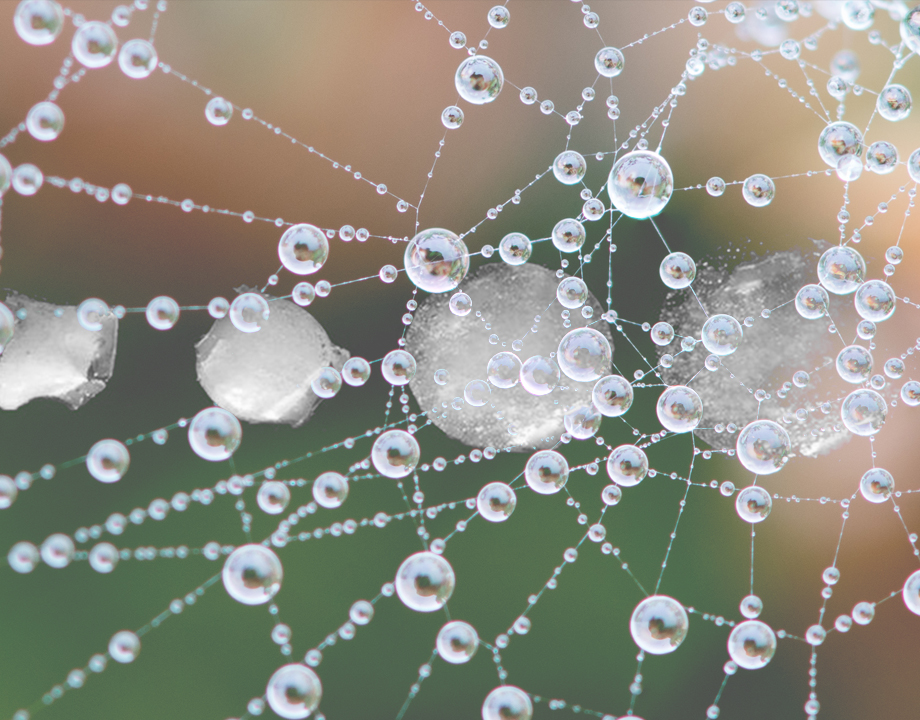 Biomimicry, or bioinspiration, is proving to be an effective approach to reimagining medical technology.

Chemical and Pharmaceutical Manufacturing Medical Equipment and Device Manufacturing Robotics
Biomimicry, or bioinspiration, is proving to be an effective approach to reimagining technology, especially in biomedical engineering. We are currently seeing a new wave of potential medical devices tapping into nature. Below are nine bioinspired breakthroughs that are influencing the development of medical technologies.


The female parasitic wasp uses her needle-like appendage, called an ovipositor, to lay her eggs inside her prey–a living caterpillar. The caterpillar’s body provides the perfect conditions for the larvae to develop. Once mature, the larvae burst through the body of the caterpillar causing its brutal death.

Researchers Paul Breedveld, of Delft University of Technology, and Johan van Leeuwen, of Wageningen University, studied this gruesome process to develop their own ovipositor-like needle. The needle uses a series of seven interchanging rods, one of which is stationary. By maneuvering one rod at a time, the needle can curve to form S-shapes with very little outside force. This makes it ideal for delivering medications and performing procedures in very difficult and delicate parts of the body. 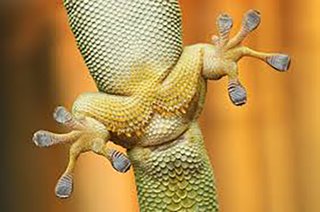 Inspired by the gecko, an adhesive creates a biodegradable bandage for organ and tissue repair.
Perhaps one of the greatest success stories for a recent bio-inspired medical advancement is the Gecko Adhesive developed by MIT Institute Professor Robert Langer and Jeff Karp, professor of Medicine at Harvard Medical School, Brigham and Women's Hospital.

The adhesive mimics the scaly surface of a gecko’s foot by using small nanostructures to which a thin glue is then applied, creating a biodegradable bandage for organ and tissue repair. The tape has seen a massive transformation over the past seven years since its inception and has resulted in the launch of Tissium, a company devoted to developing biomorphic and programmable tissues. 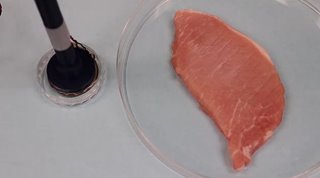 Their device utilizes a temperature-responsive hydrogel layer, which is heated up using an electrical heater, causing the gel to shrink. It is then placed gently on the graft and the heat is turned off, which causes the gel to expand and latch onto the graft – much like an octopus uses its muscular tentacles to expand and contract around its prey. Once placed on the desired area, the hydrogel is then reheated, releasing the suction on the graft.


A brightly colored butterfly, beetle or even a peacock can have hues of blue, green and purple. This unique coloring is based off many different factors, including the nanostructure of the scales or feathers, the number of these layers, and how light hits them.

Engineers at the University of Surrey and the University of Sussex have found a way to mimic these patterns using graphene to produce opal-like photonic crystals that can change color in response to not just light, but temperature, chemical changes, strain and more. The crystals can be used for a number of medical applications, including biosensing technologies to detect respiratory viruses; bio-monitoring to improve or enhance physical performance; or even healthcare safety to determine how sanitary a surface is.


Johns Hopkins University recently announced its development of a catheter that can navigate through complex blood vessel pathways that minimizes the need for fluoroscopic dyes and radiation.

The design is inspired by an electric fish and its ability to generate an electrical field to navigate. It also uses electroreceptors to detect the electric fields of nearby prey. Similarly, the Johns Hopkins catheter is equipped with electrodes at its tip to send feedback about its location in a blood vessel. This feedback creates a map that the engineers can use to guide the catheter to the exact location where it is needed. This method would expand possibilities for those who are unable to undergo a fluoroscopy procedure.


The knifefish, or electric eel, also utilizes electricity by generating quick pulses to shock and stun its prey. Engineers at the University of Michigan in Ann Arbor studied the anatomy of the eel and charged cells, called electrocytes, that make up electric organs. The eel is able to harness the energy from thousands of these concentrated cells to produce a shock of up to 600 volts.

By using a combination of hydrogels and salt, the engineers were able to build their own synthetic organ that can produce up to 100 volts. This is just enough power to potentially charge small medical devices like pacemakers without the need for external recharging. In fact, the design could lead to a device that powers itself using naturally occurring processes in the body. 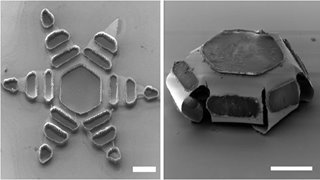 The star-shaped device, called a theragripper, is no larger than a speck of dust and is made out of a thin layer of metal that is coated with a paraffin wax. When released into the GI tract, the wax will melt and the device will be lodged onto the intestine where it can hold for an extended period of time to slowly release medication. Theragrippers could be a solution for many GI issues where current medications don’t have any time to take effect before being pushed out of the body. 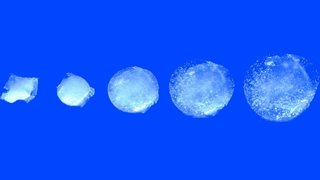 The pill is made from two layers of hydrogel, the internal one is absorbent and the outer acts as a layer of protection. Much like the puffer fish, the pill can inflate and deflate based off of a chemical response. The pill inflates when it comes in contact with gastrointestinal juices and it can deflate with a drink of a calcium solution and pass through the patient without harm. 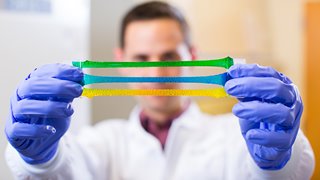 The glue is made out of two types of polymers, a seaweed extract called alginate, and polyacrylamide. On their own, these materials are flimsy at best, but when combined they form a powerful bond. Rigorous testing proved that the glue can withstand three times the amount of tension that disrupts the best current medical adhesives, making it an ideal alternative for repairing parts of the body that move, such as a beating heart.

Editor's Pick: Georgia Tech's SlothBot is Engineered to be Slow

These bio-inspired innovations are changing the way we think about medicine and how best to treat patients. Though it will take years for many to be introduced to the surgical suite, engineers are hopeful that their designs will lead to a revolution in medical procedures.

Cassie Kelly is a technology writer based in Groveport, Ohio.