8 Ways CRISPR-Cas9 Can Change the World

8 Ways CRISPR-Cas9 Can Change the World 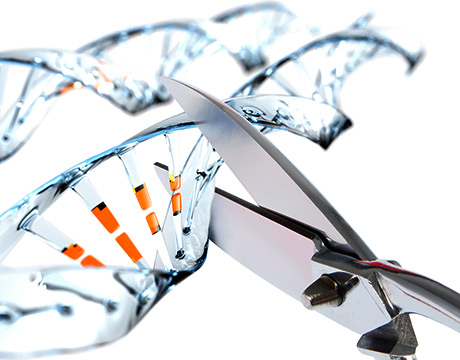 Genetic engineering is on the cusp of transformational change, thanks to CRISPR-Cas9, a genome-editing tool that came to the forefront in 2012.

Created by co-inventor Jennifer Doudna, a molecular biologist at the University of California-Berkeley, CRISPR-Cas9 allows scientists to alter the DNA of different organisms with high speed and precision. Prior to this, engineering genes had been a time-consuming and laborious procedure that often ended in failure.

CRISPR works by injecting a DNA construct into a living organism. The construct is composed of the Cas9 enzyme that cuts or deletes a segment of DNA, a sequence of RNA that guides the Cas9 to the correct location to cut, and a new DNA template that repairs the cut and alters the gene.

“We are getting to a point where we can investigate different combinations of genes, controlling when, where, and how much they are expressed, and investigate the roles of individual bases of DNA,” states Nicola Patron, a molecular and synthetic biologist at the Earlham Institute in the UK. “Understanding what DNA sequences do is what enables us to solve problems in every field of biology from curing human diseases, to growing enough healthy food, to discovering and making new medicines, to understanding why some species are going extinct.”

Below are eight ways that CRISPR can impact the world:

Scientists have created malaria-resistant mosquitoes by deleting a segment of mosquito DNA. The altered mosquitoes then pass on resistance genes to 99 percent of their offspring, even when mating with unaltered mosquitos.

CRISPR-based platforms have been developed to identify the genes controlling the cellular processes that lead to neurodegenerative diseases like Alzheimer's and Parkinson's—hopefully leading to new treatments.

The HIV virus inserts its DNA into the cells of the human host—and CRISPR has been successful in removing the virus’s DNA from the patient’s genome. Other genetic sequences will likely be found that eliminate HIV, herpes, hepatitis, and other dangerous viruses.

Pharmaceutical companies such as Bayer AG are investing hundreds of millions of dollars to develop CRISPR-based drugs to treat heart disease, blood disorders, and blindness.

CRISPR/Cas9 has been used in China to delete genes in livestock that inhibit muscle and hair growth to grow larger stock for the country's commercial meat and wool industries—which could become a common method of expanding livestock industries in the future.

Researchers are using CRISPR to discover new ways of improving crop disease resistance and environmental stress tolerance in plants, which could result in new crops to help feed the global population.

CRISPR can modify immune cells to make them more effective at targeting and destroying cancer cells. It can also be used to evaluate how genes can be studied to determine their sensitivity to new anti-cancer drugs, thereby developing a personalized treatment plan with the best possibility of success.

8. Reducing our need for plastic.

CRISPR can be used to manipulate a type of yeast that transforms sugars into hydrocarbons, which can be used to make plastic—greatly reducing the need to rely on petroleum-based resources for plastic and easing stress on the environment.

Ethical issues abound for genetic engineering with CRISPR—especially in humans. Many people are concerned about the creation of "designer babies" with genetic enhancements, as the technology could be used to create genetic discrimination through eugenics.

“We could see the emergence of genetic haves and have-nots, leading to even greater inequality than we already live with,” comments Marcy Darnovsky of San Francisco's Center for Genetics and Society.

CRISPR has the distinct ability to alter the course of human evolution—to improve society for the greater good or, in the wrong hands, to diminish the human experience. Most genetic engineers agree that they must proceed with caution and good governance.

“There are thousands of applications for CRISPR,” says Dr. Carl June, a noted immunologist from the University of Pennsylvania. “The sky is the limit. But we have to be careful.”

Mark Crawford is an independent writer