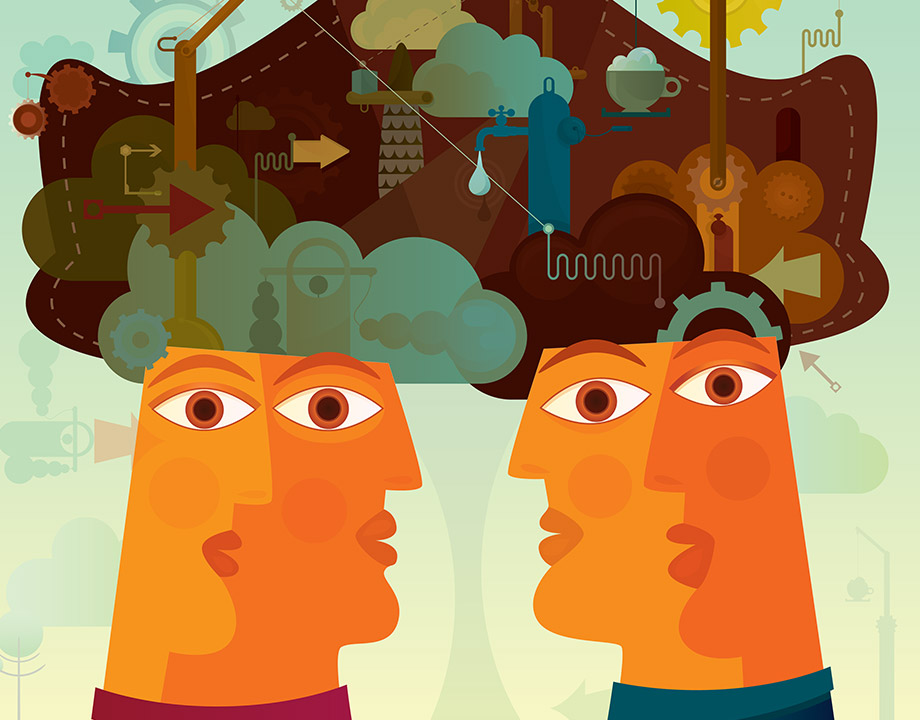 Hackathons can be made more useful, productive, and enjoyable for both participants and hackathon organizers.

7 Ways to Improve the Hackathon

Hackathons are spreading like the hardiest of invasive species. Though these weekend-long pizza-and-energy-drink-fueled events were once the province of programmers hoping to create a piece of innovative code in a sleep-deprived sprint, the phenomenon now includes hardware—and mechanical engineers—blitzing to make a prototype. Technology companies of all kinds use hackathons to solve problems and create new products, and engineering universities without a hackathon are becoming as scarce as slide rule users.

Despite their blossoming popularity, the extravaganzas are often flawed, says Shaharris Beh, founder of HackerNest, an organization that has run hundreds of hackathons over the past eight years. Hackathon winners—as well as less successful participants—rarely develop their creations after an event’s end; cheating (by working up ideas and solutions before a hackathon starts) is hard to catch; hackathons are exhausting and unhealthy; and they’re an inefficient way to tap into creativity and ingenuity.

Here Beh offers a few suggestions on how to improve the hackathon to make it more useful, productive, and enjoyable for both participants and hackathon organizers. Mechanical engineers would profit most from this approach as hardware hackathons are an enormous amount of work.

1) Focus on a single problem
The goals of most hackathons are pretty general, usually a piece of useable software or hardware. Though it may be impressive for a group of engineers to rig something together in 36 hours, there’s little chance that what’s created by hackathon’s end will be anything like a truly usable product, although it might point to how to create one with more ample time. “Expecting to solve anything beyond the surface level—that’s a pipe dream,” said Beh. Better for hackathons to keep their aims narrow. Beh calls them Spot Hackathons. An example: “Let’s solve this one particular problem—the current website we have for our department of engineering completely lacks any weather reports. Let’s change that.”

2) Focus on learning
Instead of asking participants to cobble together a half-working prototype, a hackathon can focus on teaching specific skills. “You’re not going to save the universe with everything you create,” said Beh. “We know these projects are going to die, but the main takeaway here is not that it’s a competition, but that you’re going to learn something.” That something could be as specific as learning a new programming language or as general as learning how to efficiently create a prototype. In both cases having proper guidance is key. “Having a mentor teach with a decade’s worth of insight helps lead you closer to success,” he said. 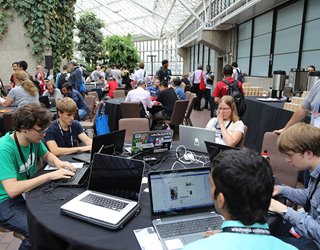 Instead of asking participants to cobble together a half-working prototype, a hackathon can focus on teaching specific skills.
3) Don’t judge everything in a single showing
Having every team at a hackathon give a minutes-long presentation means the judging goes on for hours. Judges aren’t likely to judge teams equally once presentation fatigue kicks in. And the participants have everything riding on their one short window in front of the judges. A better idea is to have several small groups of judges make their way past tables where teams can repeatedly demonstrate their creations. A team that’s judged first by one group might be judged last by another. The judges better learn what’s out there and the teams get to practice giving their demonstration. “If you have multiple sets of judges, you get evaluated more fairly,” said Beh.

4) Use internal workers
Corporations that run hackathons sometimes believe bringing in outside blood to solve a problem will help spawn fresh ideas. But outsiders don’t know the target problems as well as employees and they’re less invested in efficient long-lasting solutions. Never mind the fact that bringing in outsiders is likely to rankle existing employees. “Outsiders don’t get it,” said Beh. “They don’t understand the nuances of why the problem exist. If it were so easy to solve, it would already be solved.” Having existing employees from different departments work together on problems outside their usual duties creates generates enthusiasm and creativity. Facebook’s Like button was, famously, the result of one such internal hackathon.

Recommended for You: Does Silicon Valley Have Enough Engineers?

5) Feed them and let them sleep
Hackathons are all about headlong intensity, to the detriment of the body’s need for rest and nutrition. Romantic ideas of burning the midnight oil aside, sleep deprivation and cheap food don’t help problem solving. “There are hackathons that just throw Redbull at you and hand you pizza. That’s really unhealthy and it burns kids out,” said Beh. “And then people drive home after sleep deprivation and a mind boggling amount of work.” Providing three solid meals a day and a reasonable amount of time for sleep and hygiene is a better way to keep creative juices flowing—and post-hackathon driving safe.

6) Let them cheat
The rules of hackathons generally state that all work on a project has to be done at the hackathon (though ideas, sometimes, can be generated beforehand). Needless to say, such rules keep the playing field level, which is arguably important when there are cash prizes. But Beh favors bending the rules. “Preventing cheating? I’m against that,” he said. “If they put in the leg work to solve something really well, give them the damn prize.” Alternatively, the rules could be changed to allow all pre-hackathon efforts.

7) Don’t hold a hackathon
All of the problems above are solved by not holding a hackathon in the first place. “Hackathons are such great hype, people love the story,” says Beh. “I question the tenets of the hackathon. Why is it so important that you be present at the venue?” Beh favors a kind of expo where teams work on projects over a period of weeks and then meet for a single demonstration. “You build your thing and then come in for a demo day. It’s more fun for everyone.”

Michael Abrams is technology writer based in Westfield, N.J.